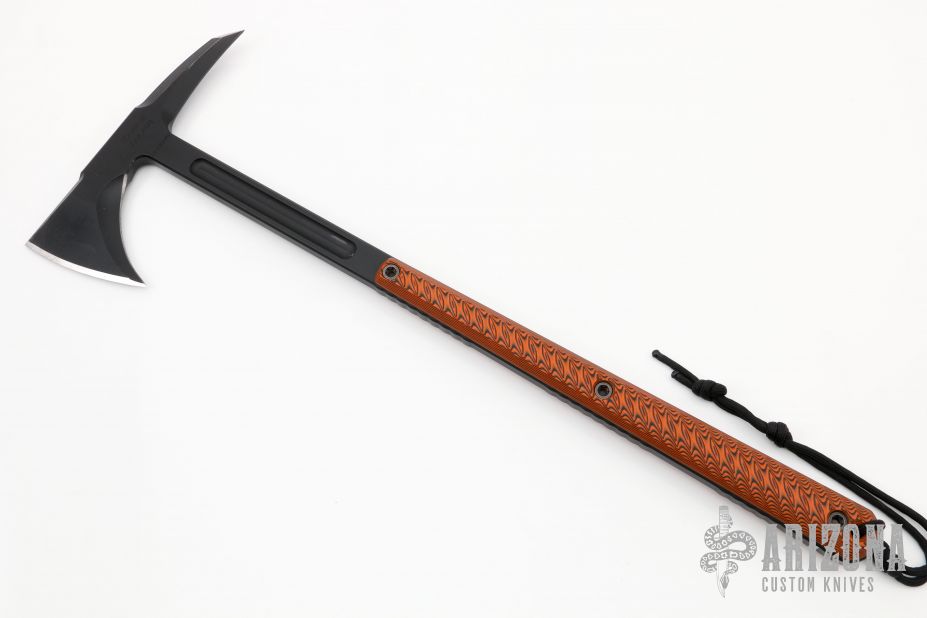 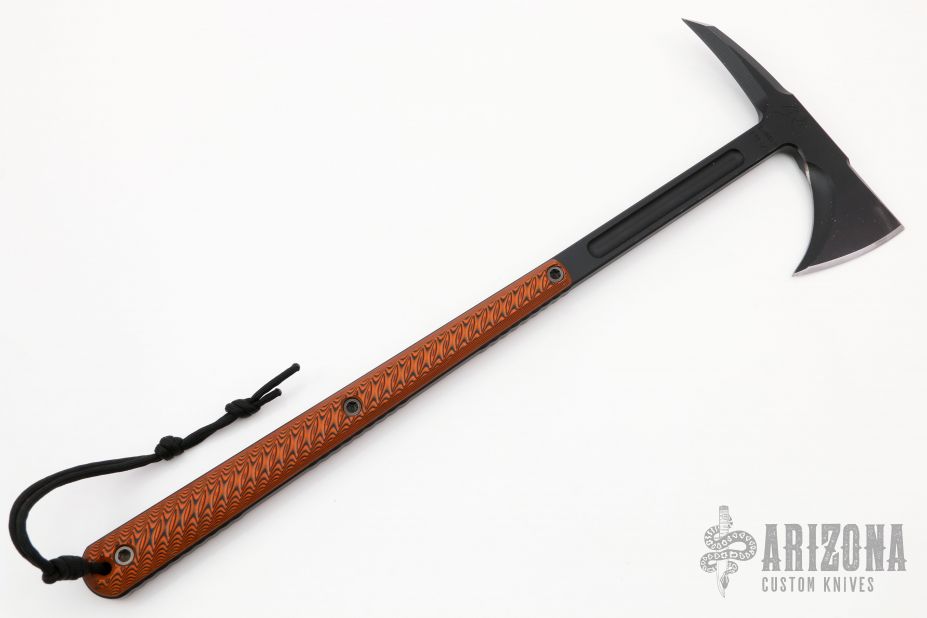 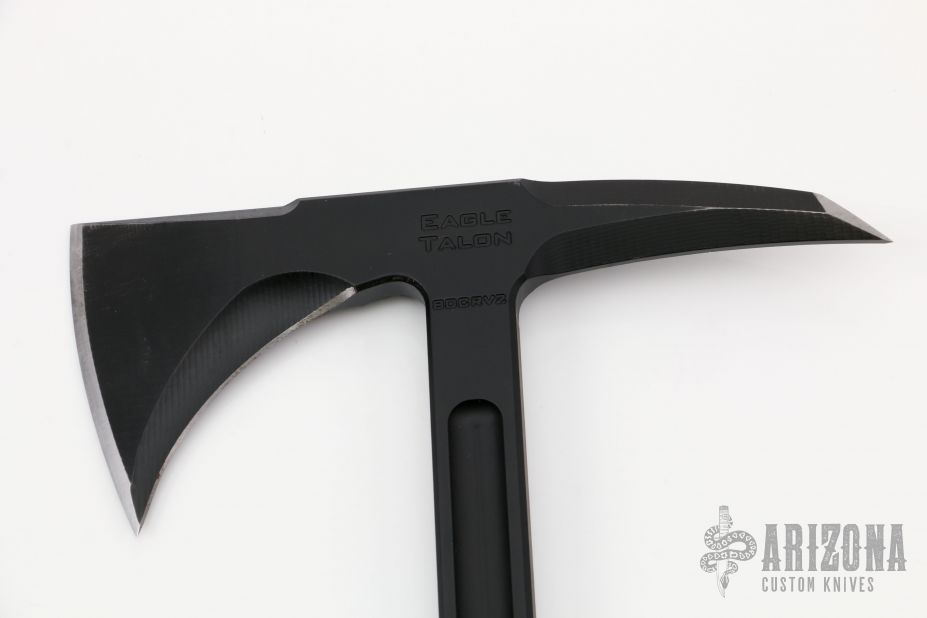 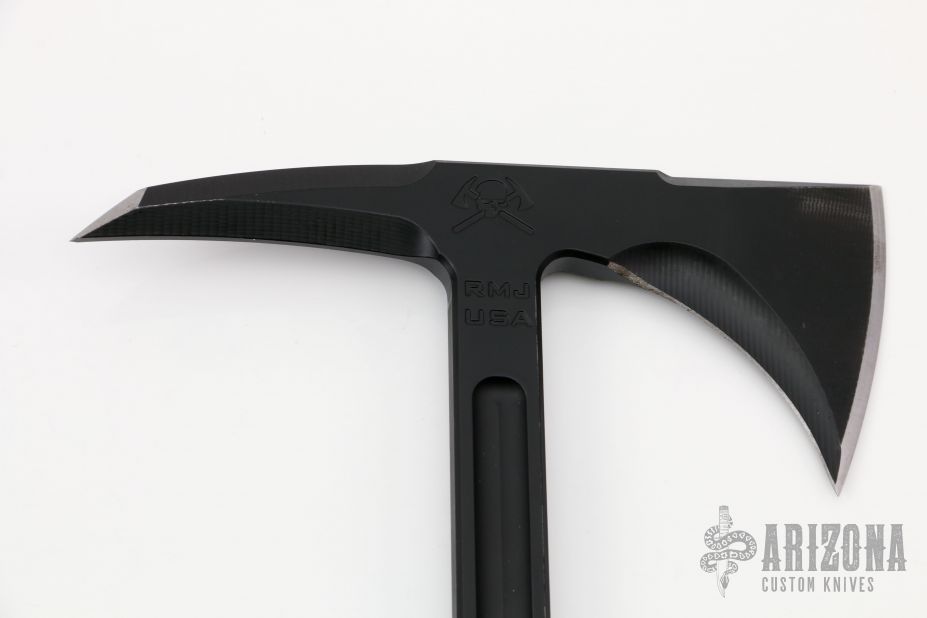 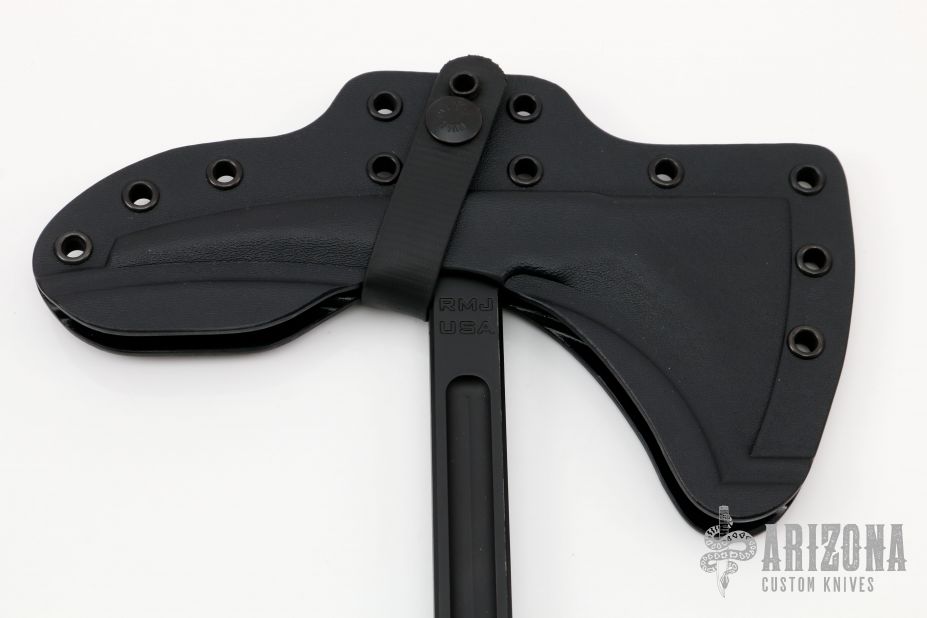 Get email notifications for RMJ Tactical add to wishlist

The Eagle Talon is the tomahawk that started it all. It was the first all-steel integral designed tomahawk and has been the keystone for all other RMJ tomahawks. It was inspired by 18th Century French and Indian War tomahawks that our designer, Ryan, had been emulating for many years. In the Spring of 2001, Ryan was commissioned by members of the USAF 820th Security Forces to design a tomahawk that featured 18th century lines and 21st century engineering; a tomahawk for modern combat use. Work began, and by the fall of 2001 the Eagle Talon Special Forces Tomahawk was being used in Afghanistan. Why a Tactical Tomahawk? The tomahawk has served as an effective field tool and weapon for over 300 years, and the physics behind the tomahawk design give it many advantages over a knife. The user can choke up on the grip to use the tomahawk like a more traditional knife, or when held in a normal grip, the cutting power and strike force is multiplied several times over due to the leverage created by the length of the handle. Great for: Breach | Utility | Emergency / Safety Tool | Preparedness Kit Specifications Overall Length: 7 in Overall Height: 18 in Forward Cutting Edge Length: 2.875 in Blade Thickness: .400 in Weight: 1 pound 15 ounces (without sheath) Blade Material: 80CRV2 Carbon Steel (HRC 57-58) Sheath: Molded kydex sheath and Low-Ride M.O.C. straps Comes with original packaging. New condition.

"RMJ Tactical LLC was founded in 2005 by Ryan Johnson and Richard Carmack for one reason, to provide our troops with tools which help bring them back home. RMJ Tactical specializes in tomahawks. Ryan Johnson is the President and designer for our company. He is an expert blacksmith as well as a mechanical engineer. Mr. Johnson's background in engineering gives us a enormous advantage when it comes to the design of our tomahawks. Ever single detail on our products has been designed and engineered for a purpose."