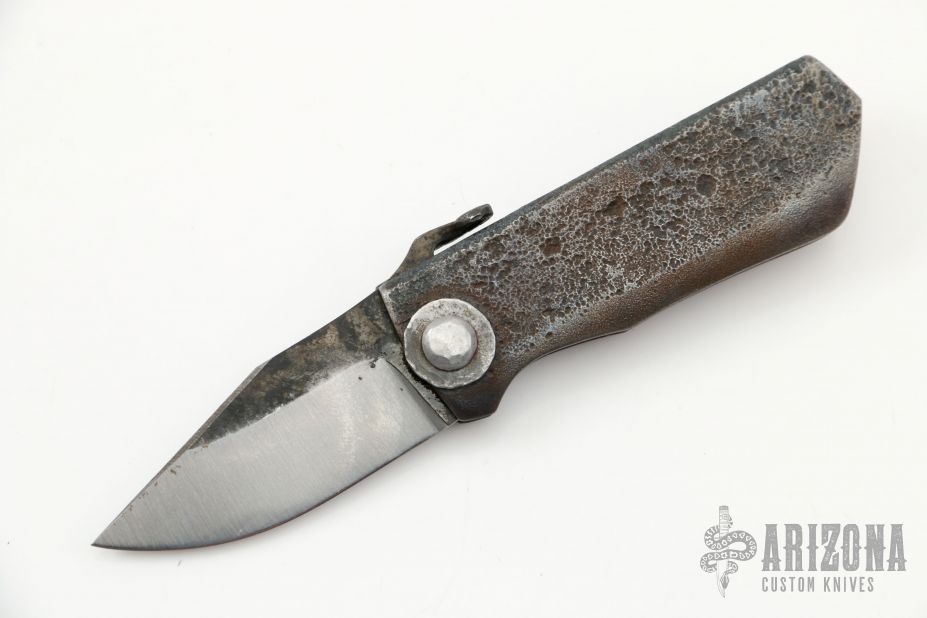 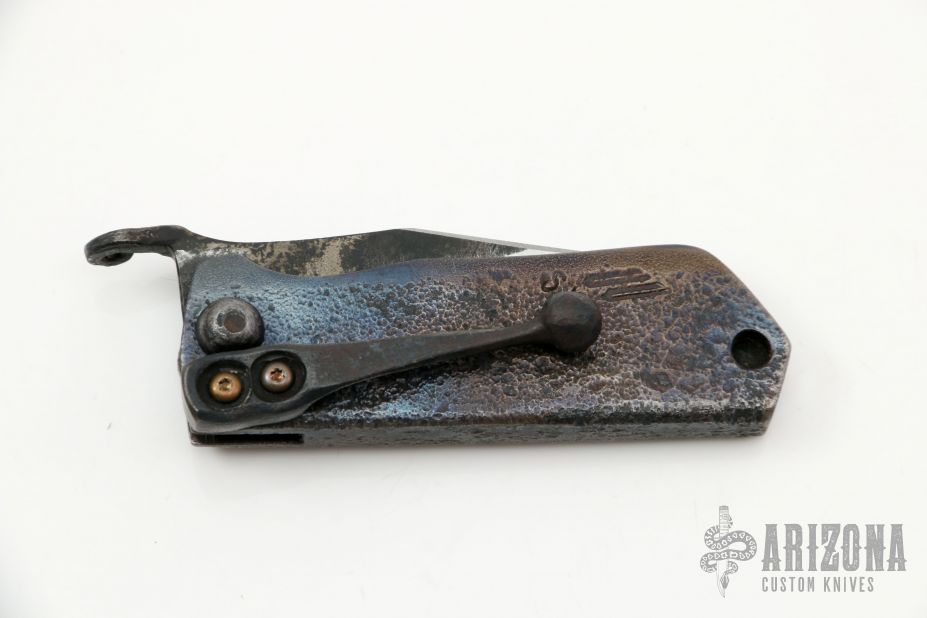 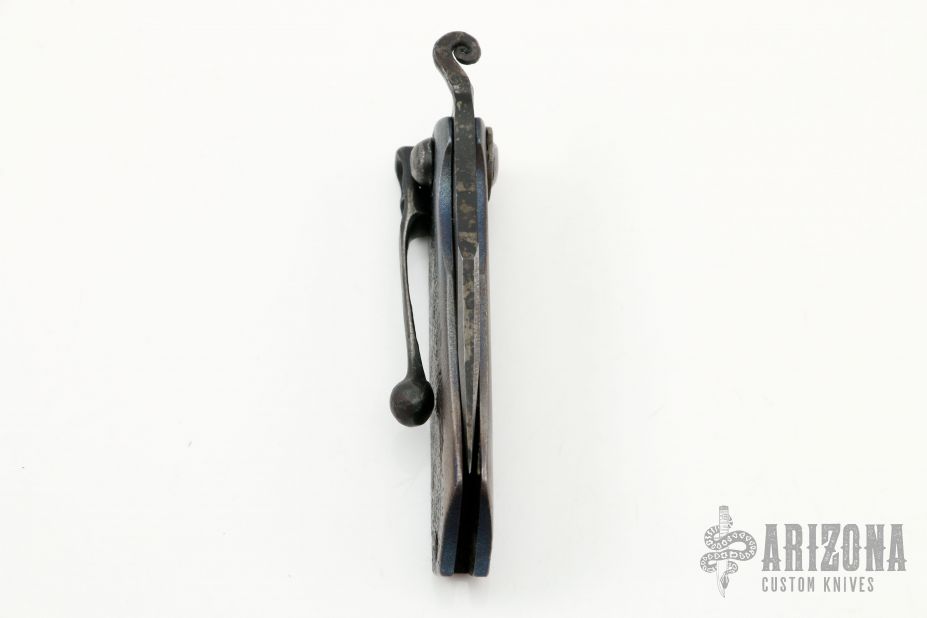 Get email notifications for Rossi, Nick add to wishlist

This Friction Folder by Nick Rossi features a forged blade with curly Q friction folder style opening. The handle is a single piece of forged mild steel that is naturally patina'd and has a forge finished texture, tip down forged clip. Has M.S. Stamp and a developing patina. Excellent condition.

Nick’s interest in metalworking began with a boyhood fascination of knives and swords. At the age of 15, he started working at one of the state’s largest cutlery shops and was introduced to the world of custom knifemaking by local craftspeople. With the combination of books, advice and seminars, Nick developed his skills as a bladesmith and began selling his work under the “Rossi Knives” name. In 2006 he began teaching bladesmithing at the New England School of Metalwork. Nick continued to operate Rossi Knives on a part-time basis while employed as a sales engineer for a local technical fabrics company until he was offered a full-time position at NESM in 2011. Nick now currently operates Nick Rossi Knives full time out of his studio in Vassalboro, Maine where he creates dynamic, one-of-a-kind cutlery. Nick’s work is most influenced by Japanese, Southeast Asian and Scandinavian design as well as literature, fine art and nature. Nick earned his ABS Master Bladesmith rating in 2022.