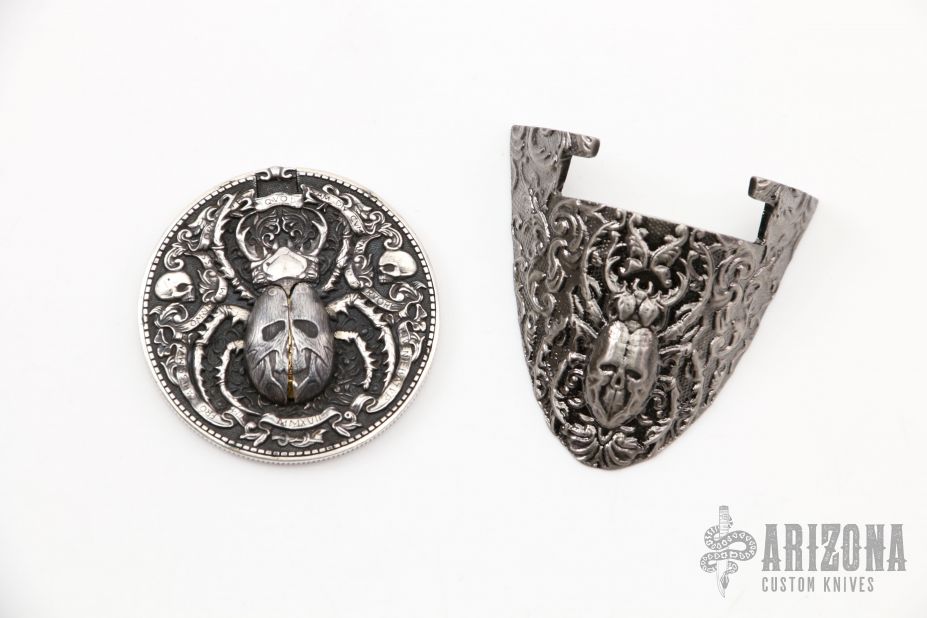 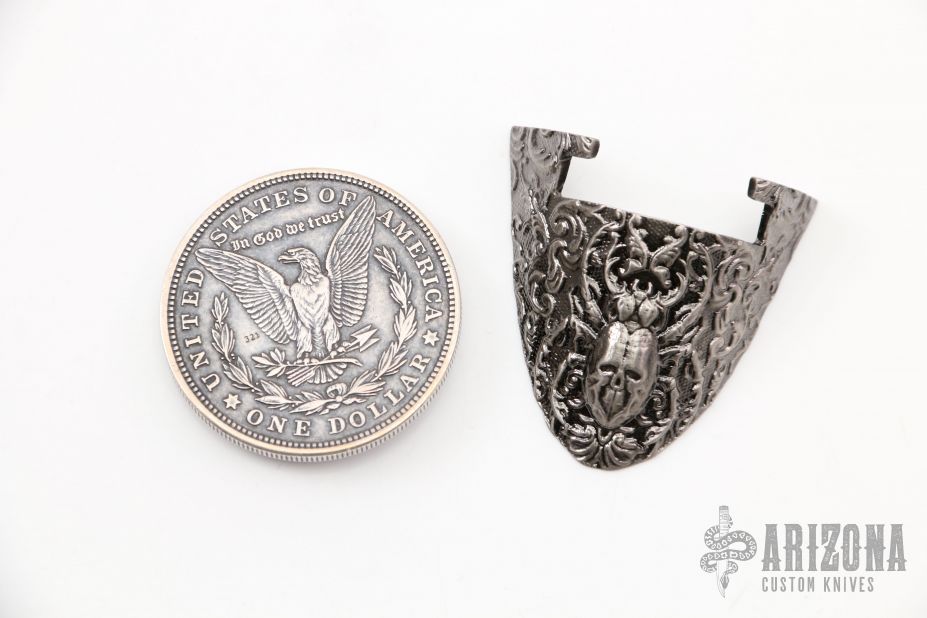 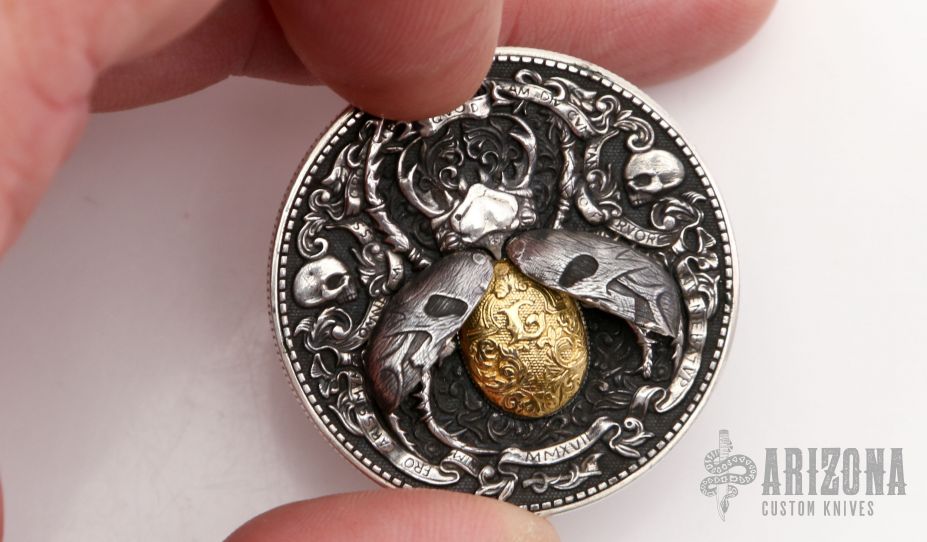 Get email notifications for Roman Booteen Coins add to wishlist

No subject is off limits, no topic too boring for his wild imagination.

After completing the most epic hobo nickel ever, Roman wasted no time in raising the bar once again with his next masterpiece – the Gold Bug.

Roman’s Gold Bug and its hidden secrets are a nod to Poe’s story, which is considered the first nonfiction work of its kind to include cryptography; hidden elements readers must decipher to make sense of the story.

Our proudly customized stand that supports the precious Gold Bug coin and showing off its beautiful and detailed features. Who wouldn’t love this stand?