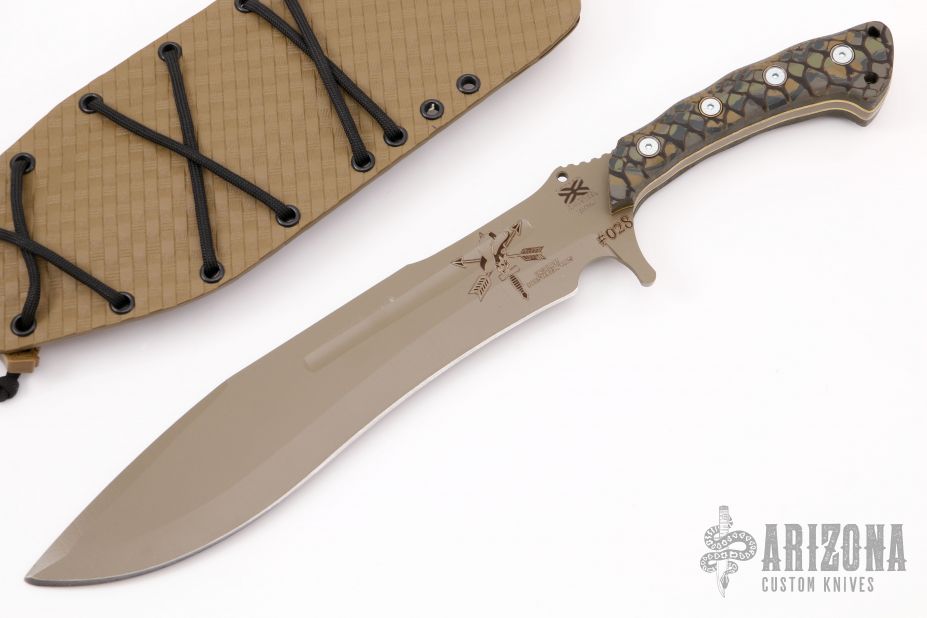 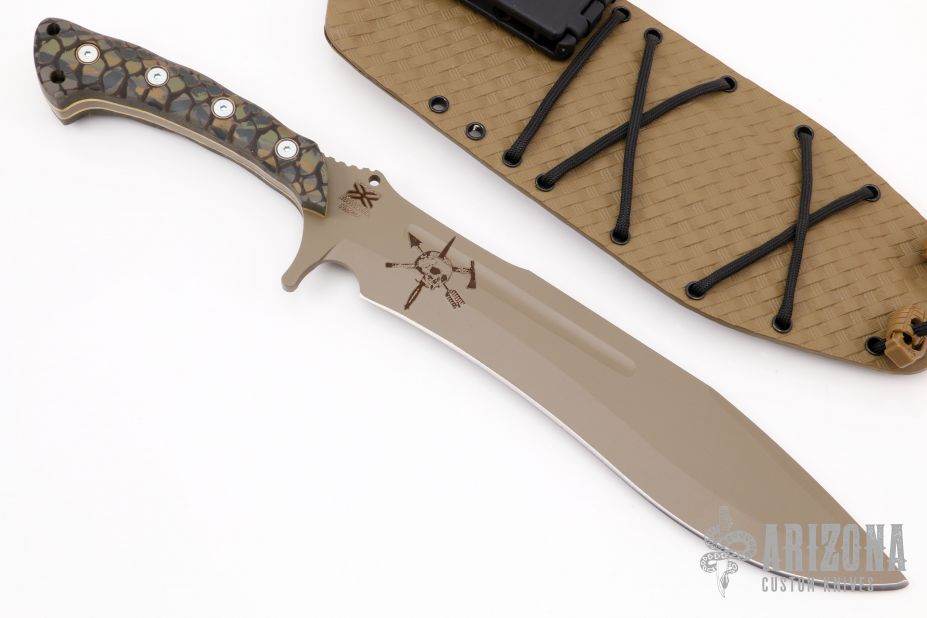 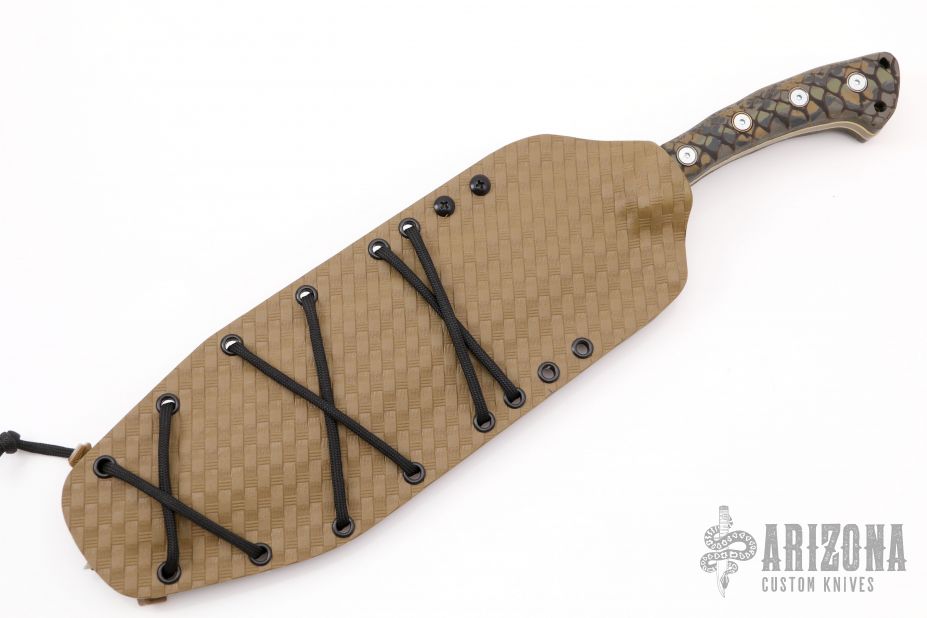 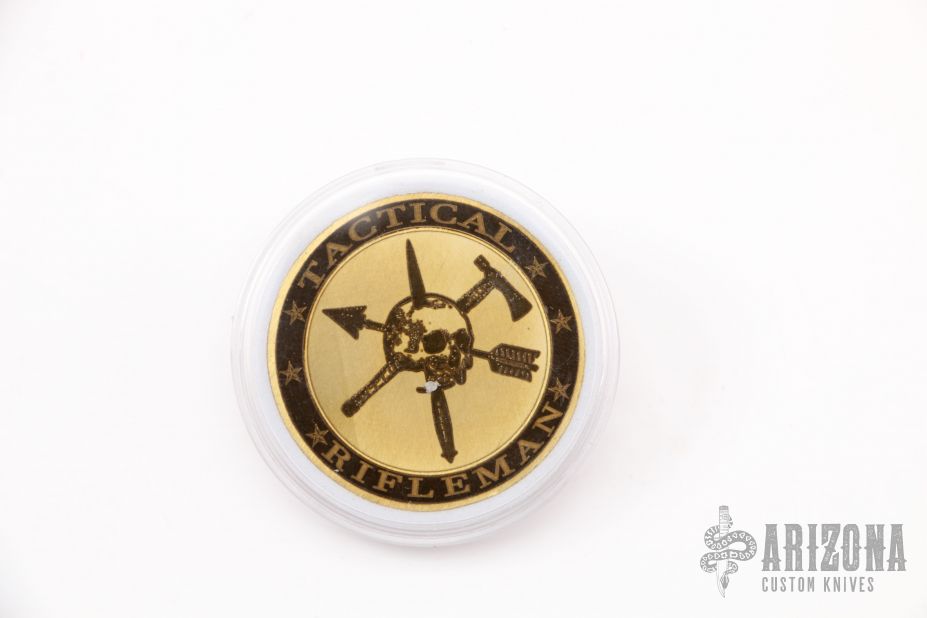 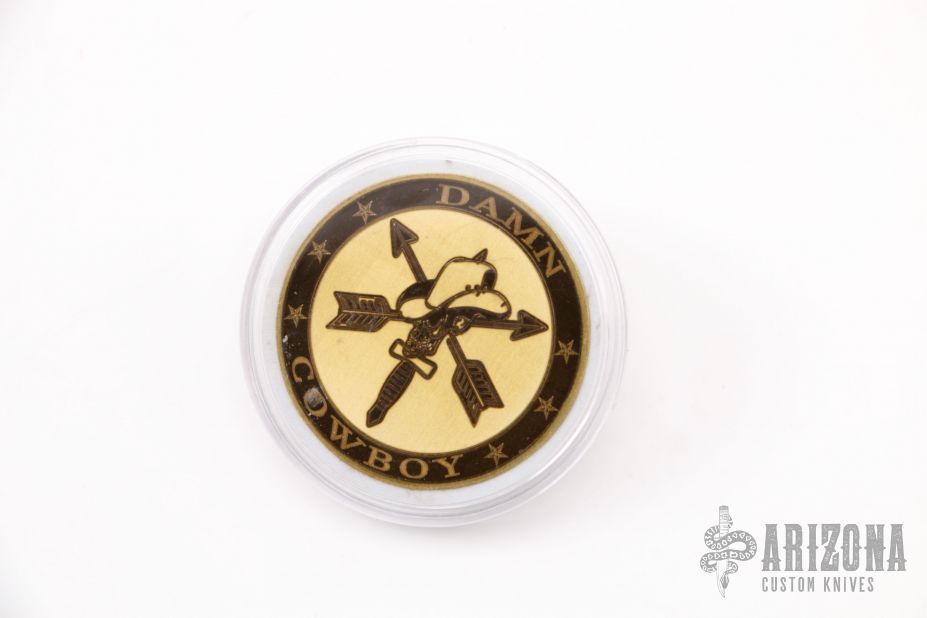 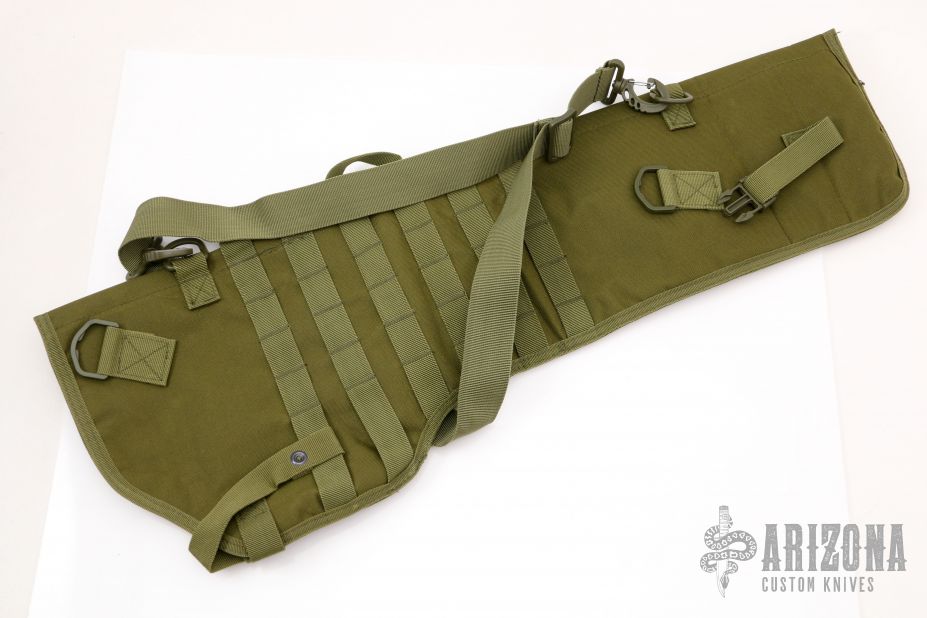 Get email notifications for Kraken Tactical add to wishlist

Note from the maker.

Randy served 27 years in the Army, 25 years as a Special Forces soldier before he retired in February 2011. He achieved the rank of CW4 and served in five major conflicts. Randy earned 18 medals from Presidential Awards to a Bronze Star and two Combat Infantry Badges. he attended schools that range from SFARTEC to SOTEC and every thing in between.

He has also had a book written about himself and his special forces unit during the gulf war & Afghanistan. It's called 'MASTERS OF CHAOS the secret history of the special forces' it was written by Linda Robinson who was attached to their unit so she could document their story.

When we first started designing this and Randy gave me some specific dimensions and features it needed to have and I started drawing up the initial design so I could make a prototype to send him I thought these can't be correct these knives will be to big for what I thought a Survival knife should be in order to be able to be used for a variety of tasks however as I started making the first Prototype and Randy was further explaining his reasons for certain aspects of the knife and then further refining the design. I can honestly say that the end result is absolute beast of a survival knife that is perfectly balanced that makes it feel half the size. It's a testament to Randy's expert knowledge, experience and skills that he has spent his whole lifetime developing and perfecting all over the world from the Indian reservation to the battlefields. It's a absolute honour that I've been able to work with such an amazing person & a true legend.

Each set comes with a numbered blade 1-100 a certificate of authenticity, brass coin with Randy's SF logo and comes packed in a over the shoulder sling bag.

Having worked with a knife in hand daily for 14 years in the seafood industry and having trained in various martial arts disciplines including knife fighting for over 10 years. I had grown up with a love for all knives however tactical blades were my passion. In 2014 I started making knives as a hobby mainly kitchen knives and cleavers and a few small hunting knives for personal use and family and friends under the logo Kraken Knife Works . In 2017 Kraken Tactical Edc was born after a chance encounter I was given a opportunity and given the task of making 6 different types of tactical knives for a team ex military personnel who now operate one of the most exclusive Close protection and tactical training organizations around the globe providing protection to the world's elite as well as tactical & counter terrorist and training to specialist law enforcement & military units through out Europe and the US. From that point of I've had the opportunity to work with various units from military, navy, law enforcement and CPOs in designing custom purpose built tactical knives made for hard use and the front lines of combat and all designs have matching steel training blades that can also be purchased. All knives are hand made by myself from start to finish in Australia ensuring each blade is perfect prior to being sent away to its new owner.