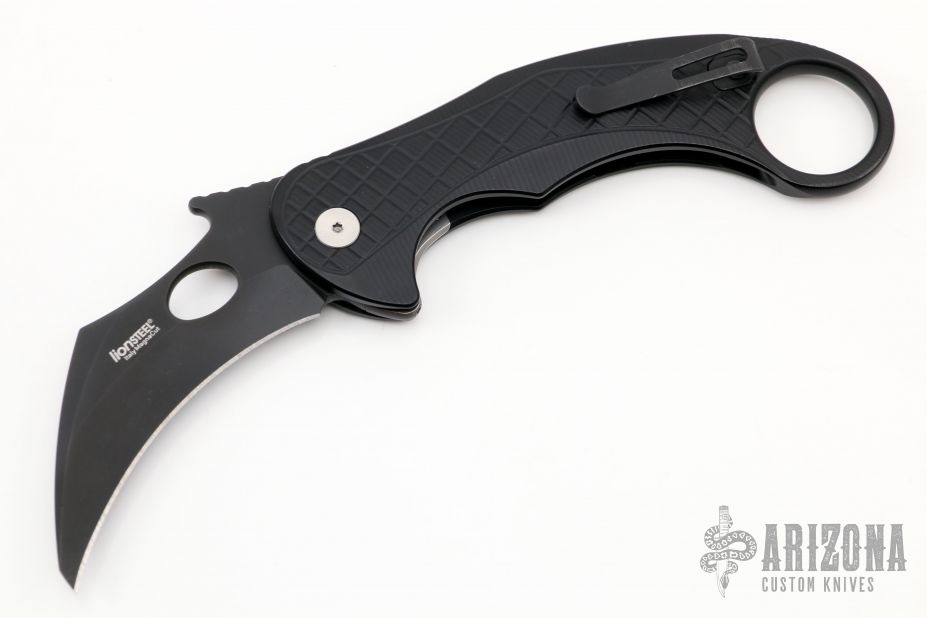 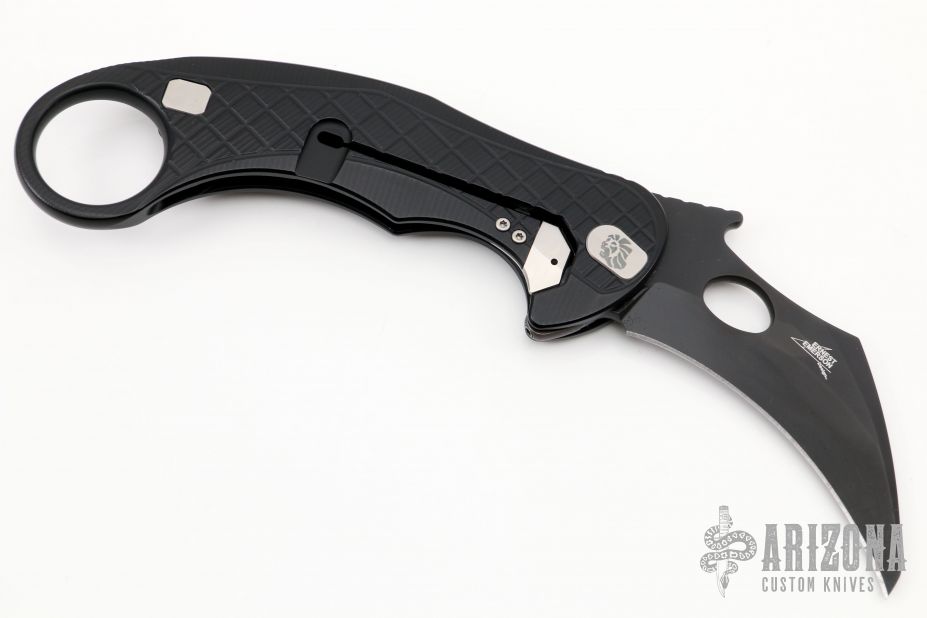 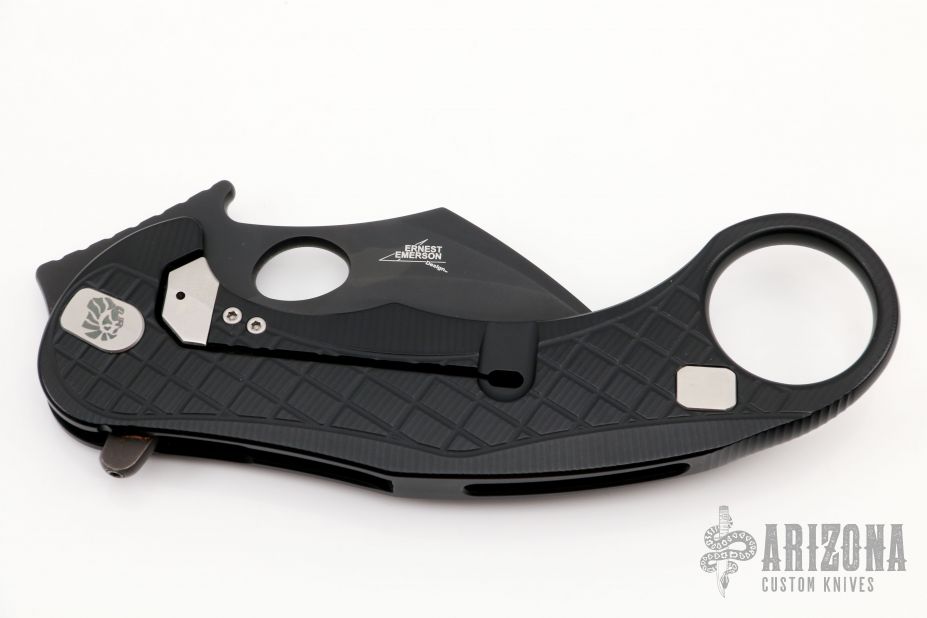 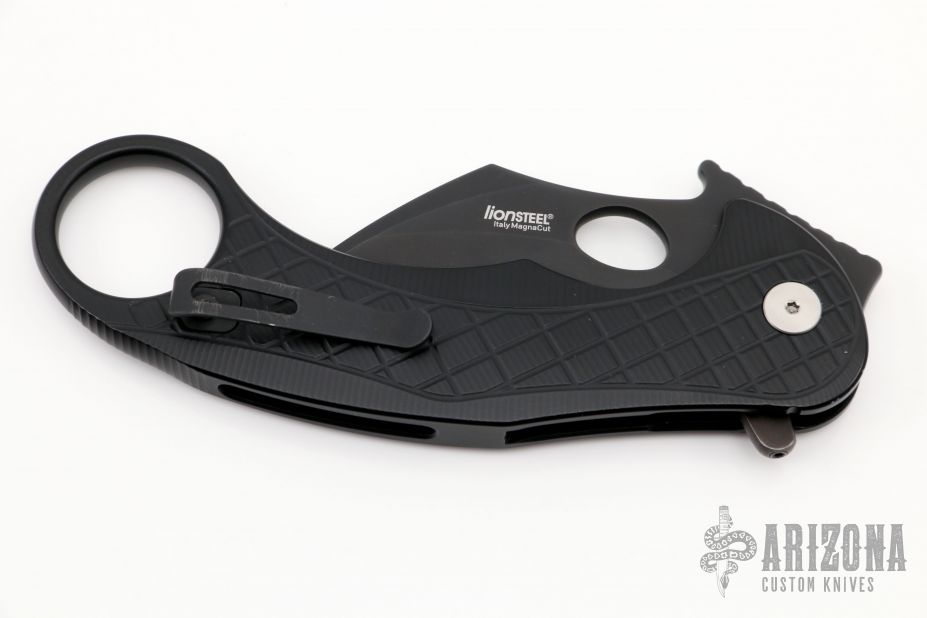 The L.E.One standing for LionSteel-Emerson ONE is the SOLID Karambit knife developed in collaboration with Emerson Design. The Solid frame-lock handle, already a distinctive characteristic for LionSteel, is milled out from a solid piece of Ergal aluminum available in black, red, green, or earth brown colors, while the blade is made of CPM-MagnaCut steel.

The other embedded features make the knife more comfortable and secure to be used, allowing the final user to choose how to use the knife. REF (REmovable Flipper system): this feature permits you to choose how to use the knife, if you don’t want the flipper you can unscrew it using the torx tool and put the second "cap" screw that perfectly fits the hole in the bottom of the blade. The patented Wave Feature. Ernest Emerson created the Emerson Wave Feature when he discovered that the knife would self-deploy when being pulled from your pocket, given the right motion. This device allows you to open the knife literally, as it is removed from the pocket. This makes any Emerson Knife with the remote pocket opening system the fastest deploying knife in the world. Faster than an automatic, your knife is open as it comes up into your hand-ready for use.

At a time when knife companies had never heard the word tactical, and years before any company even had a category called Tactical Knives, Emerson Knives Incorporated was formed with one single goal in mind: to build the best military and law enforcement edged weapons in the world. They were called “Tactical Knives” and they took the knife world by storm. The iconic Emerson CQC–7 became the number one Tactical Knife of all times, and it still dominates the market 20+ years later.

Emerson Knives have served the world’s most elite special operations soldiers in every world conflict and secret mission for over 20 years. They have been carried into harm's way with the U.S. Navy SEAL Teams, Delta Force, Army Special Forces, Army Rangers, the US Marines, CIA Special Activities Division, and even the legendary British SAS, the founders of modern Counter-Terrorist forces. An Emerson CQC-7 that was used in the raid that killed Osama Bin Laden was sold at auction for $35,400 making it the most expensive and valuable production knife ever produced.