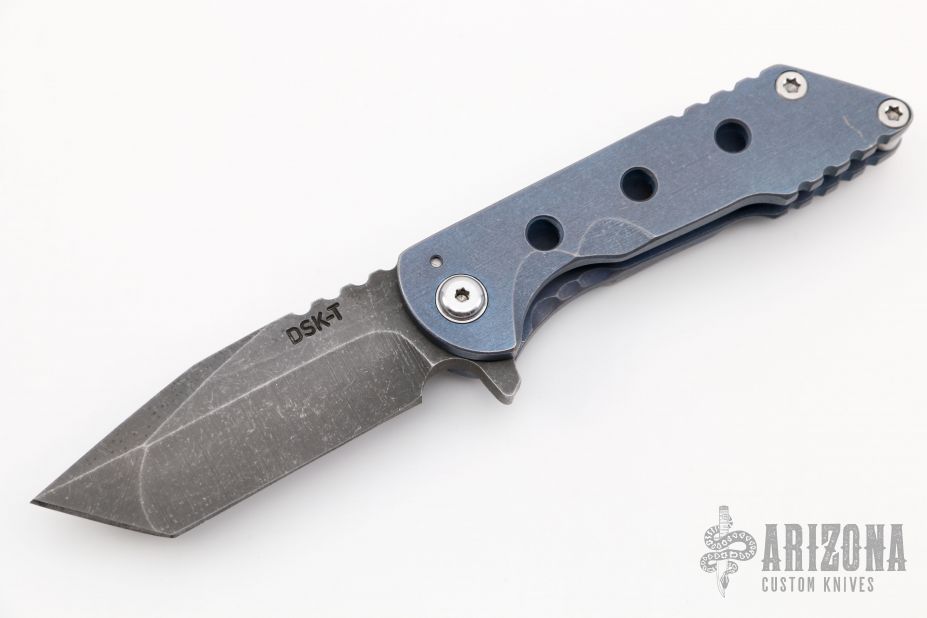 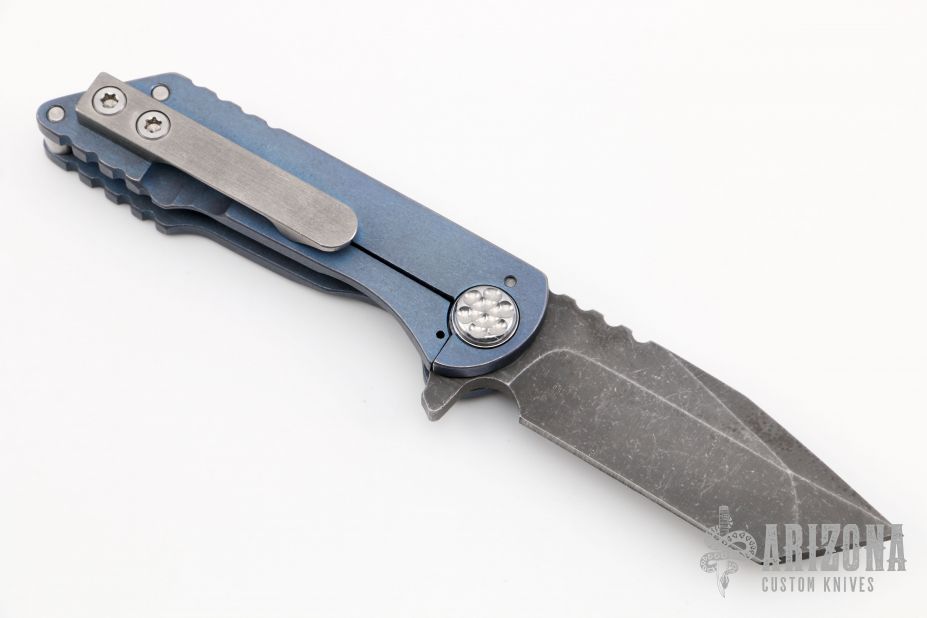 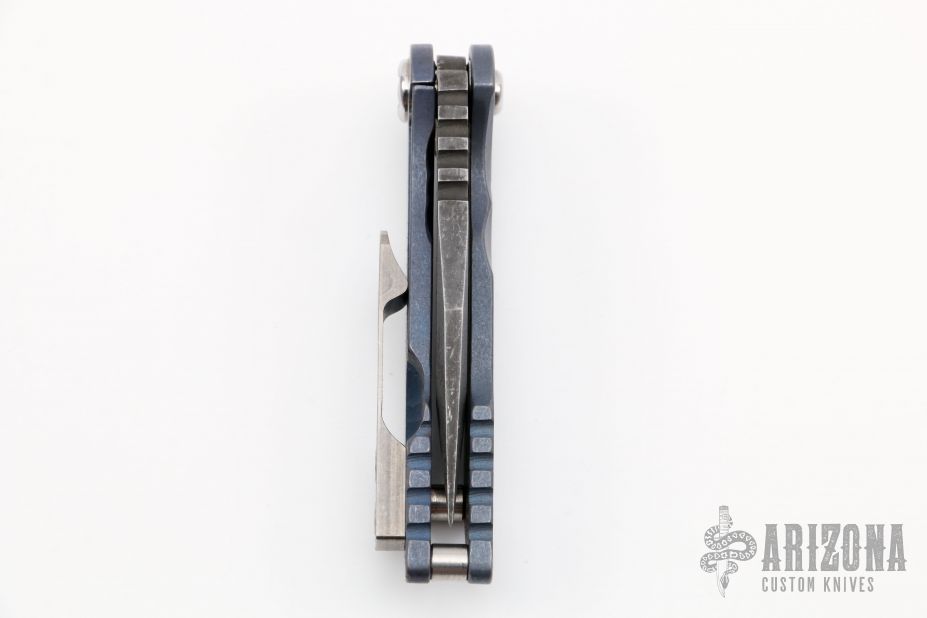 This Framelock flipper from DSK Tactical Knives features an acid wash tanto shaped blade. The handle is constructed of titanium that has a stonewashed and anodized finish. The pocket clip is also titanium and positioned for tip up carry. Blade is centered when closed, flips well with no wrist action needed, and locks up with no play. Comes in a soft pouch. Has some light scuffs and scratches, great condition. 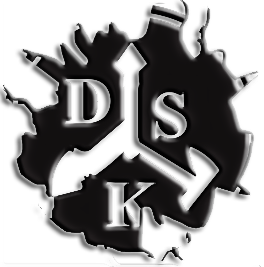