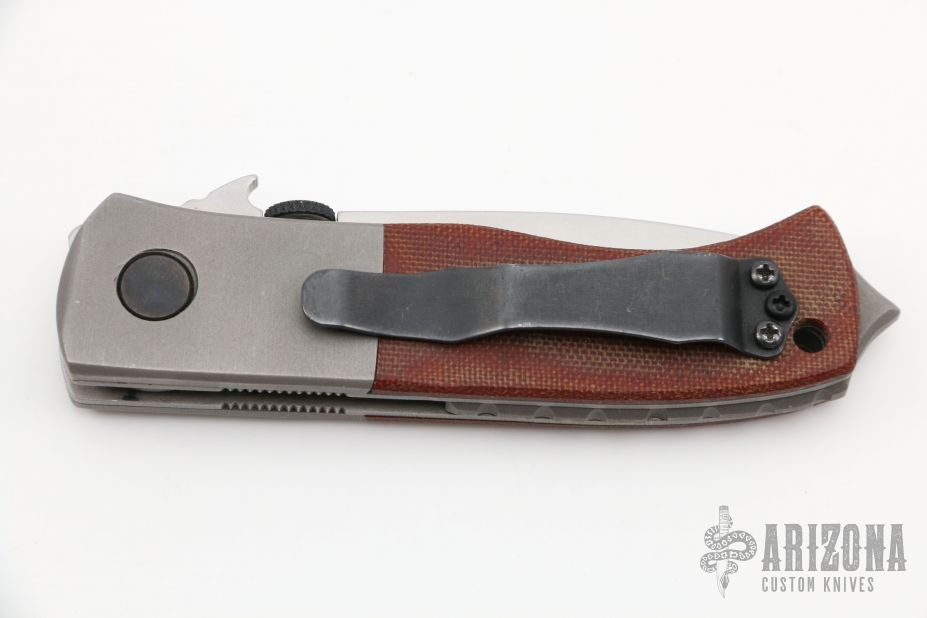 This CQC-7 PoBoy has a tanto blade with notched thumbrest, thumbdisc and wave feature. The handle has dovetailed bead blasted titanium bolster, micarta scales, titanium liners, tip up stainless steel clip.  Titanium backspacer.  Has some scuffs/scratches on the blade and handle otherwise the knife is in excellent condition.

The demand for Ernest Emerson Custom Knives is so high that Mr. Emerson can never fill the supply with his hand made custom creations. This has created a market opportunity for other craftsmen to take Emerson factory knives and turn them into beautiful customized, modified versions of Emerson Knives. However, these are not handmade Ernest Emerson custom knives and as a result they are available at a more affordable price. Any custom or after-market modifications voids any and all stated or implied warranty by Emerson Knives. Any defects or warranty issues must be addressed by the individuals that modified the original Emerson factory knife. These Po Boy conversions and all modified versions of these knives are after-market conversions of Emerson Knives, Inc. factory production knives and that none of these modifications were performed by Ernest Emerson or Emerson Knives, Inc. Any modification to any Emerson Knife voids the Warranty!