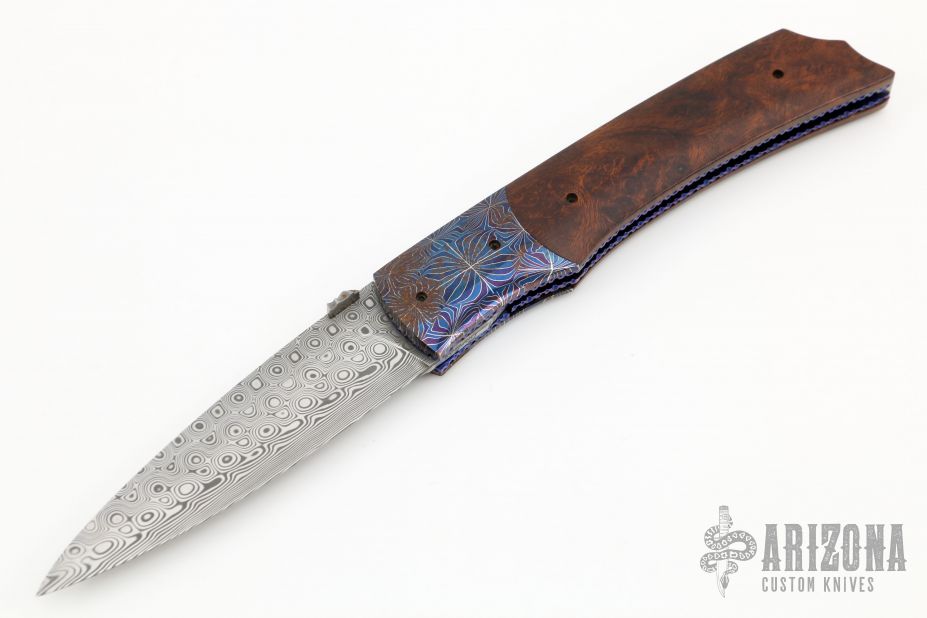 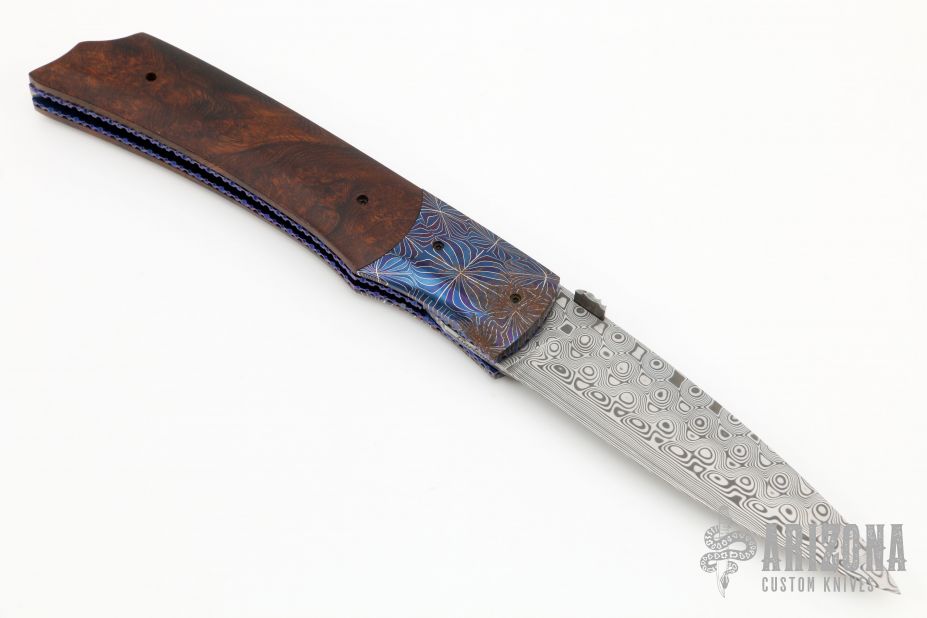 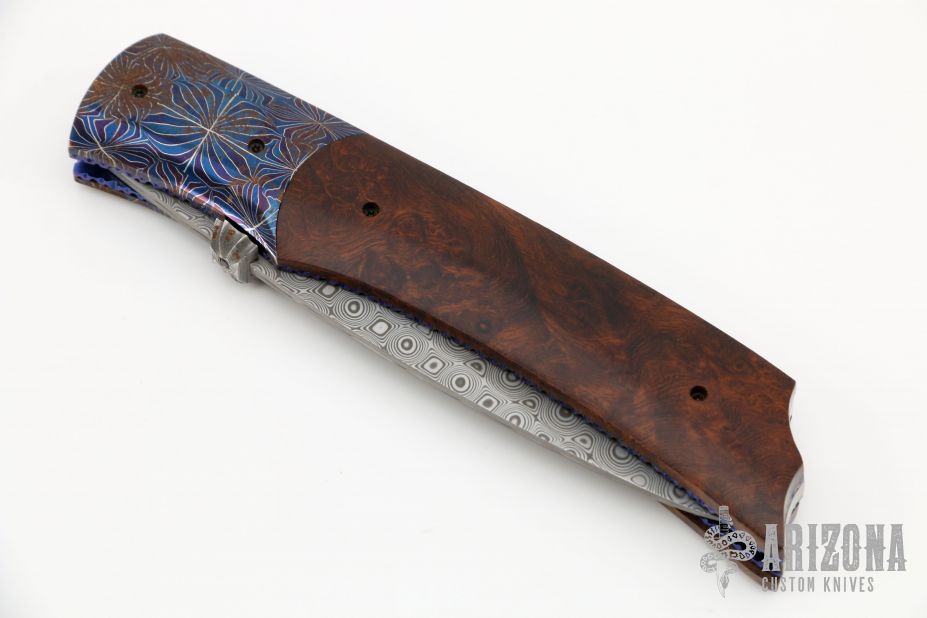 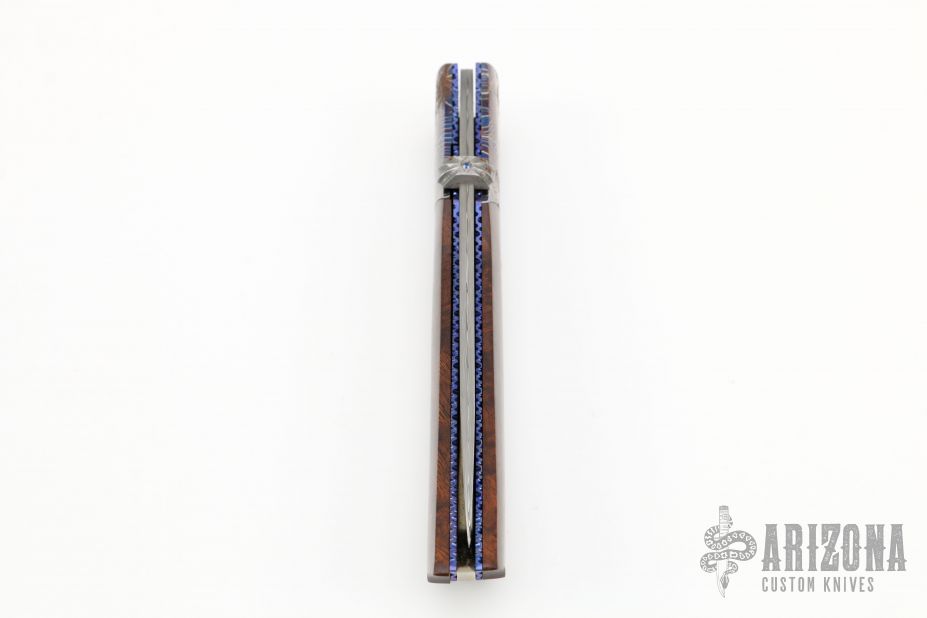 This linerlock by Kelly Carlson features a Damascus blade with a Damascus thumbdisc that is fileworked and has a sapphire set in a gold bezel. The handle has Nitre Blued Eggerling Mosaic Damascus bolsters, desert ironwood scales, fileworked and anodized titanium liners, anodized titanium backspacer. Nice detent and blade seating. The bolsters and thumbstud have rust, one of the screws is missing in the b-side scale, has a few light scratches, fair condition. This one is a good candidate for a refurb.

"While a member of the Special Forces in the mid 1960's, I ordered a Randall knife in anticipation of a tour in Southeast Asia. At the time Bo Randall was so back ordered he was unable to fill my order, but he offered me a finished blade if I could make my own handle, guard and pommel. The project was so satisfying it served as a catalyst to becoming a part time maker of my own fixed bladed knives in 1970. For the next three decades, while pursuing another career path, my fixed blades became valued contest prizes for my sales force. During that period I also became an enthusiastic collector of handmade folders, and when I left my former business in 1999 I decided to concentrate on making folders of my own design. I began making folders on a full time basis in 2001. While I do still make occasional fixed blades, my focus is primarily on artistic folders of my own design. I particularly enjoy experimenting with different materials, colors and textures." Passed away 2010.