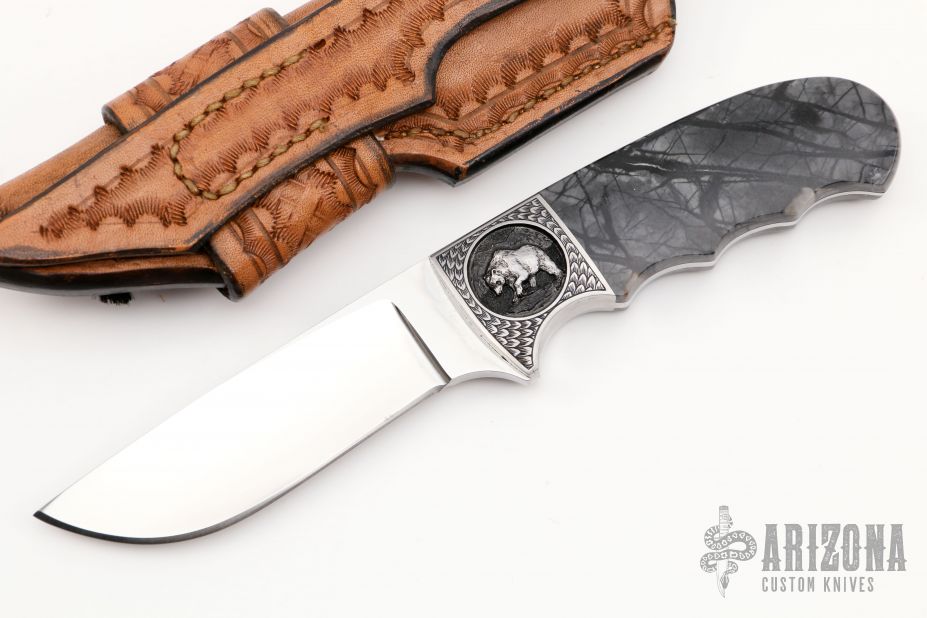 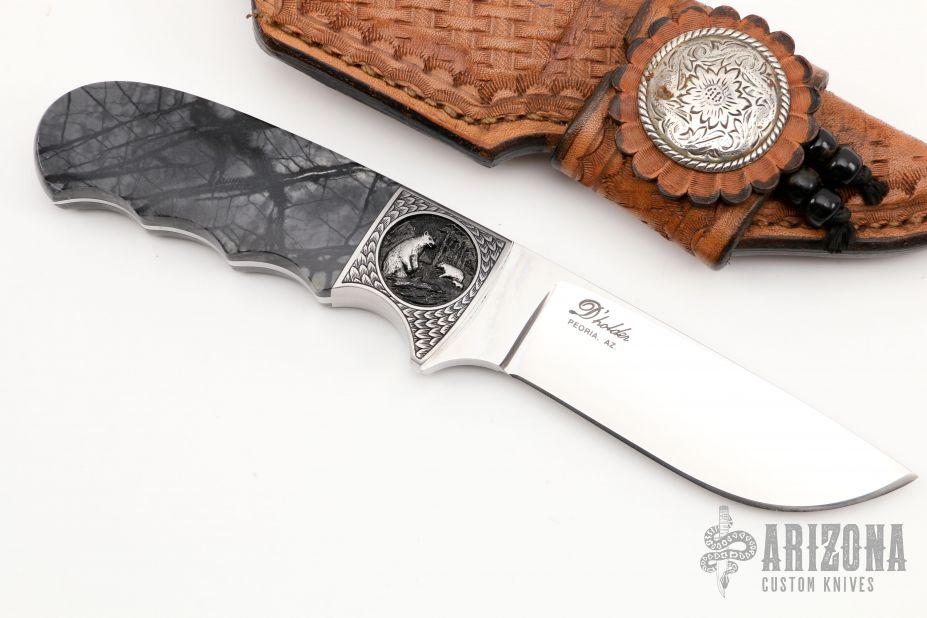 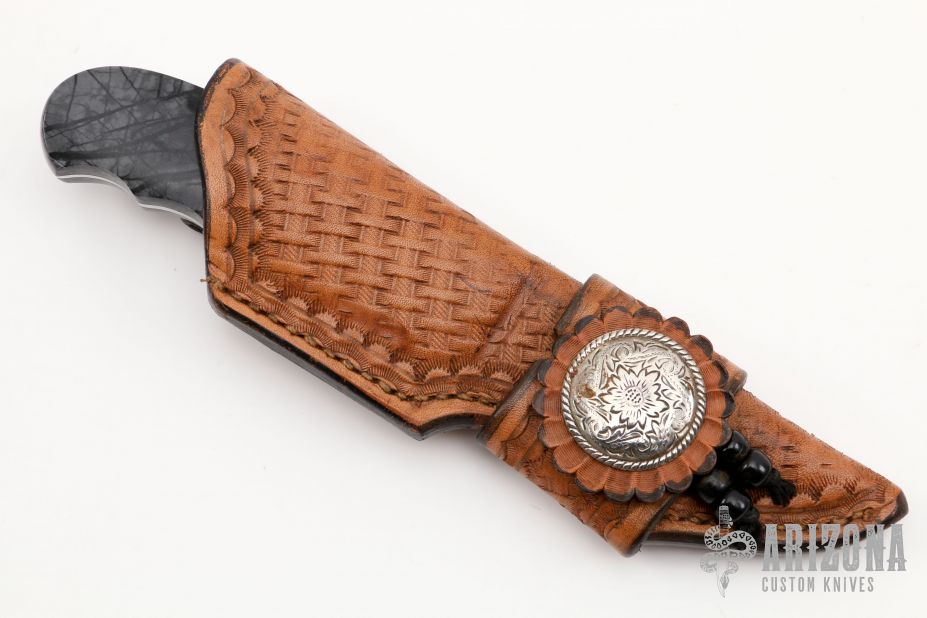 D'Alton Holder was born in Heald, Texas in 1940, was raised in Amarillo and graduated from West Texas State University with degrees in Fine Arts and English Lit. He retired early after 25 years with Diamond Shamrock Corp to become a full time knifemaker in 1988. He began making knives in 1968, joined the Knifemakers Guild in 1973 and was elected to the board in 1976, secretary/treasurer in 1978, President 1982, he served as Vice President 1984. Re elected to board in 1988 and was elected President again in 1996. Received the Red Watson award in 1982. Named to the NSSF Hall of Fame in 1983. D'Alton is an avid horseman, hunter and fisherman. He prefers to work with natural handle materials and ATS-34. D'Alton has taught over 75 knifemakers, including people like Jim Hardenbrook and Bill Cheatham. Many of his knives are engraved by his wife, Pat Holder. Inducted into the Blade Magazine Cutlery Hall of Fame in 2003.

Bruce received his art training at Cal-State University at Los Angeles and is a graduate mechanical engineer. He started engraving in 1978 and has been engraving full time since 1984. Bruce spends around 60 hours of engraving time on each knife.