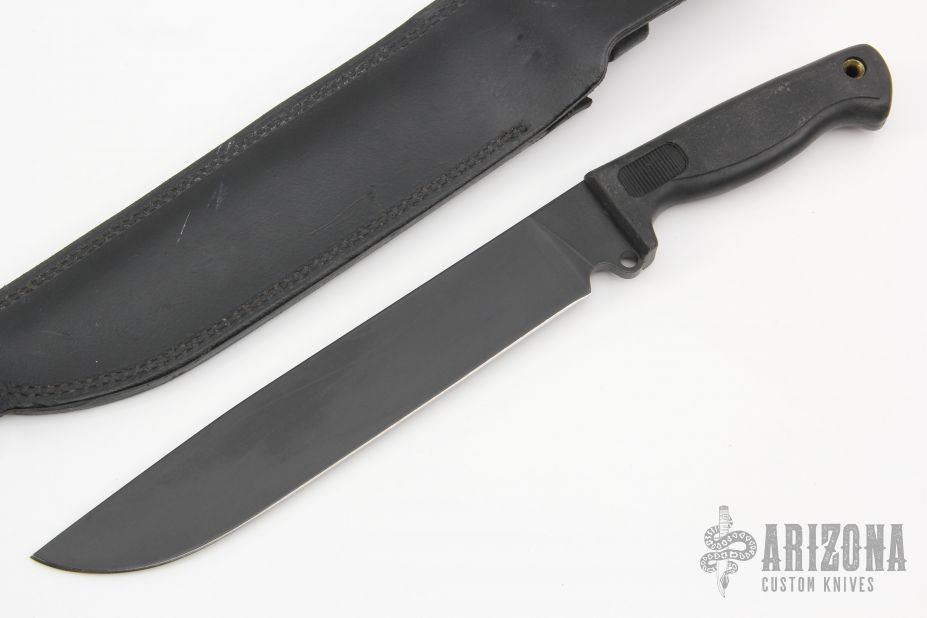 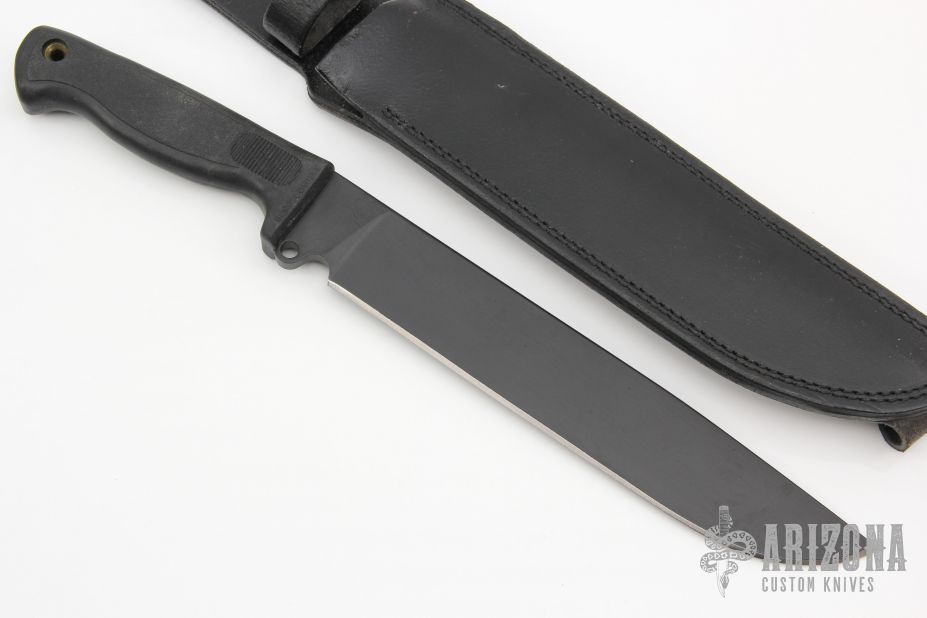 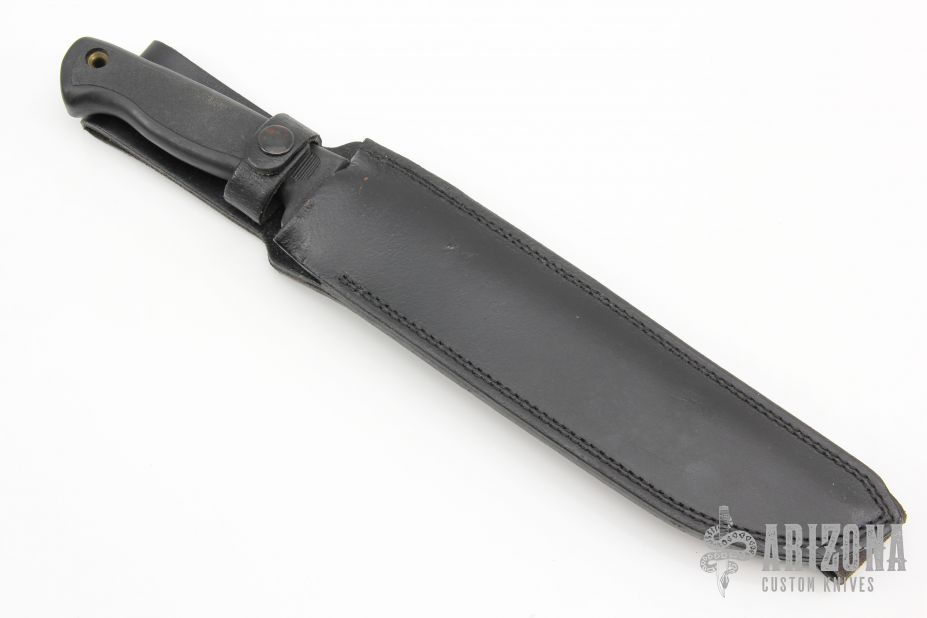 This Busse Basic 9 by Busse Combat has a black coated INFI steel drop point blade with hidden tang. Blade width is .259", width is 1.603". Handle is non-slip with lanyard hole. Comes with a black leather sheath with belt loop. Excellent condition.

In the late 1970's Jerry Busse began making custom knives in a small 16' x 22' cabin with no insulation, heat, or running water. After completing his bachelor's degree in 1982, he became a full-time knife maker. Making knives on a full-time basis afforded him the time to continue his education and to complete two graduate degrees. He has taught at three different universities while continuing to make knives on a full-time basis.In 1991, Jerry met Jennifer while teaching at Michigan State University and they were married the following year. In 1992 they formed the Busse Combat Knife Company and decided to move away from doing only one-of-a-kind customs, and focus instead, on implementing the use of modern CNC machinery to help produce a few standard models at much more affordable prices. Their combined use of CNC technology and old world craftsmanship allowed Busse Combat to push the performance envelope to new heights and to experience dramatic growth.They now operate out of several new buildings and have grown from a one-man knife shop into a very modernized and highly automated production facility. As the company continues to grow and evolve, Jerry and Jennifer strive to find innovative ways to continue improving Busse Combat.