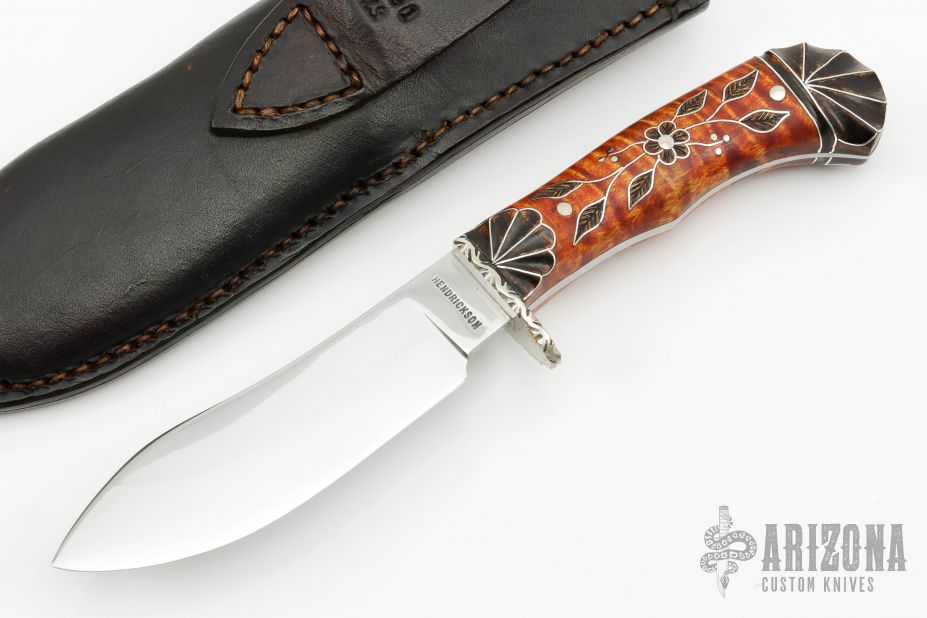 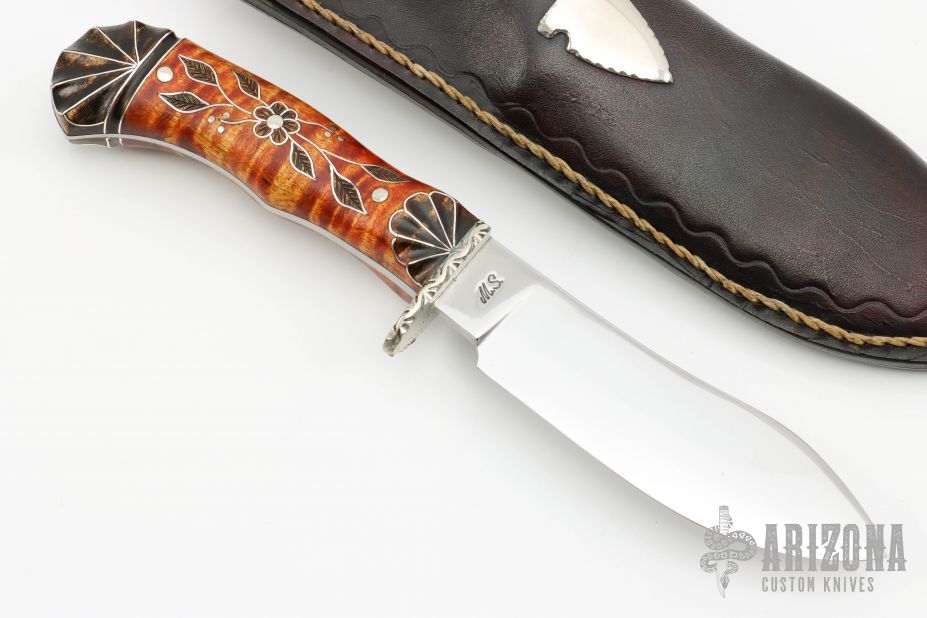 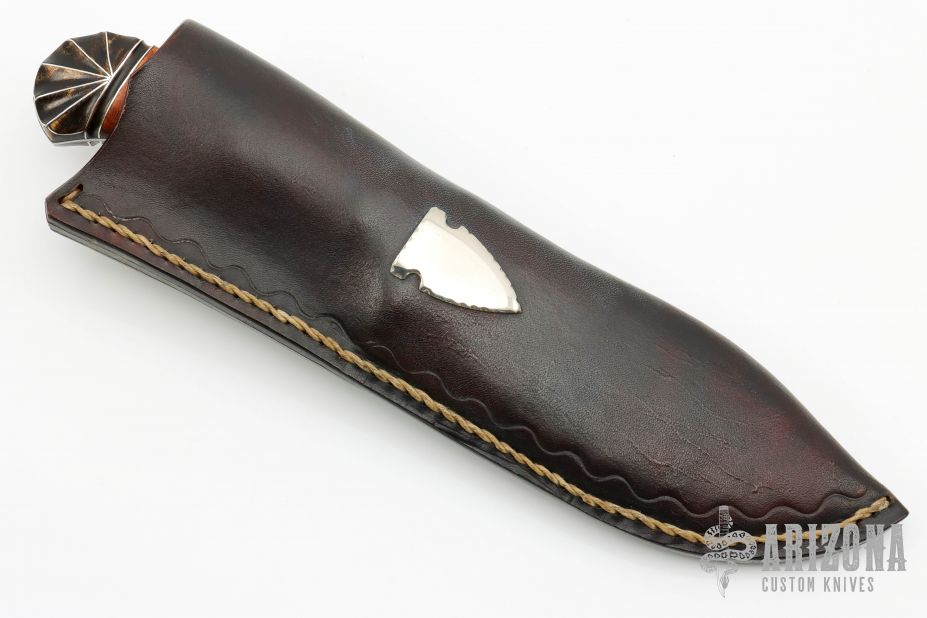 Get email notifications for Hendrickson, Jay add to wishlist

Jay started making knives in 1974, while working at IBM. Jay became a full time knifemaker in 1987 and received his ABS Master’s Certification in 1989. Jay was one of the ABS members instrumental in the planning and formulation of the W. F. Moran School of Bladesmithing in Washington, Arkansas and the Bladesmith Museum in Little Rock, Arkansas. He has been teaching the basic bladesmithing course at the school since its beginning. Prior to this, Jay taught ABS classes at the Rochester Institute of Technology in Rochester, NY for five years. Jay makes all styles of straight knives. He makes his own Damascus, does all of the handle treatments, and creates and hand sews his own sheaths. In 1995, Jay was presented with the ABS’s highest honor, the Don Hastings Award. The annual honor goes to an individual “who has performed outstanding service on behalf of the forged blade in the tradition of Don Hastings,” one of the founders of the ABS. In 2004, Jay won the William Scagel Award, presented by the ABS to a bladesmith “for longtime service to promote the forged blade.” Jay was voted into the ABS Bladesmithing Hall Of Fame in 2006. Inducted into the Blade Magazine Cutlery Hall of Fame in 2021.