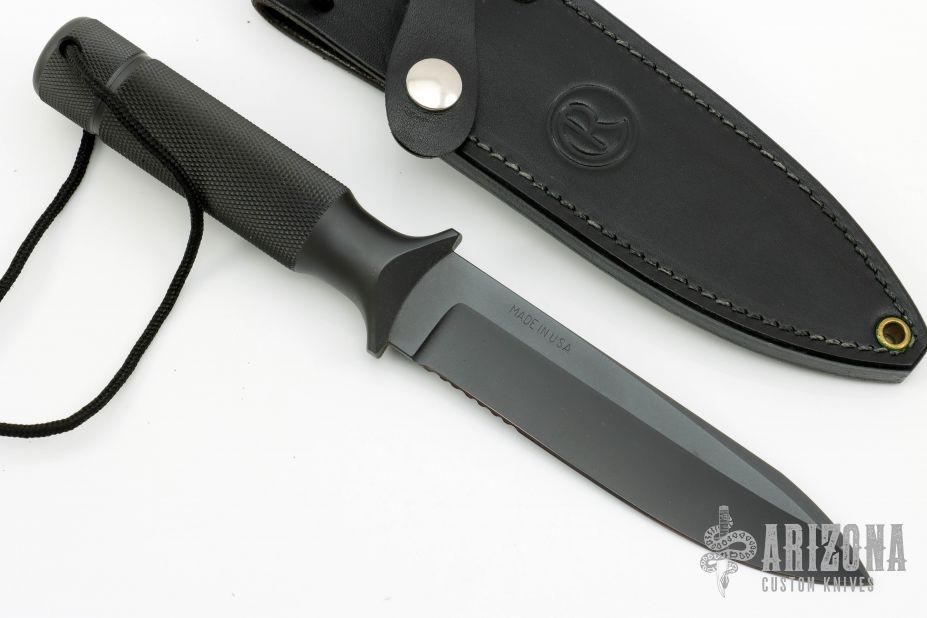 Get email notifications for Reeve, Chris add to wishlist

"Designed to incorporate the two basic criteria required in knives destined for hard field usage, these spear-points have plenty of blade weight and good strong points. This design has been used by soldiers all over the world who have found them to be extremely good weapons as well as rugged dependable tools. The 5.5” bladed Shadow IV is a good everyday carry knife and the pancake sheath rides high and snug.". Comes with original leather sheath, box and COA dated December 12, 2000. Excellent condition.