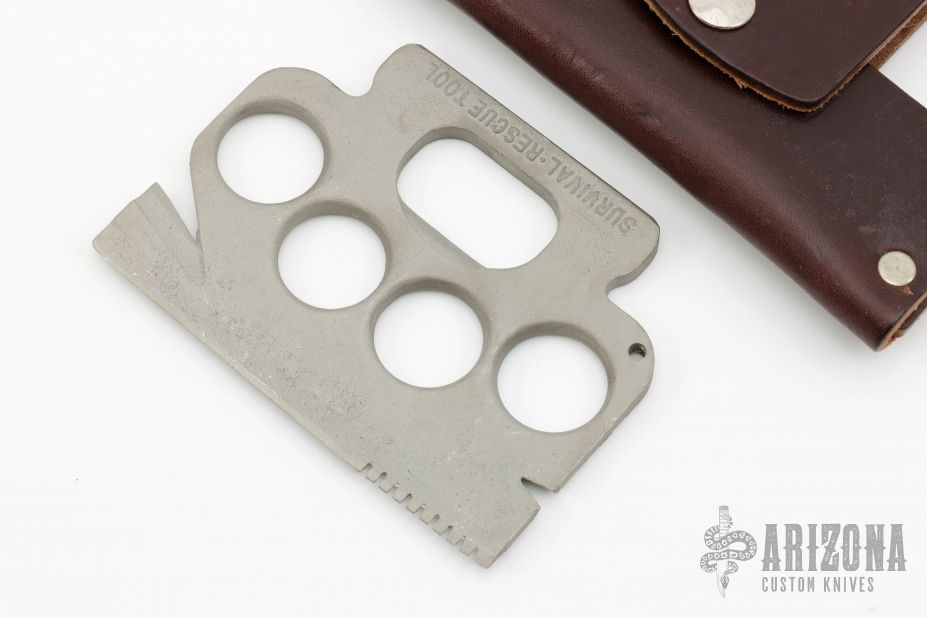 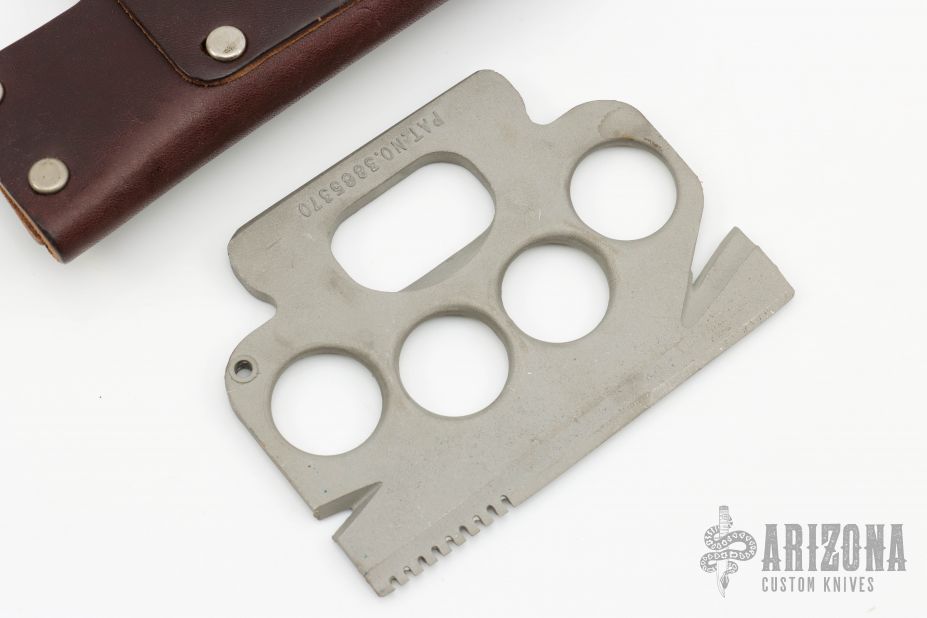 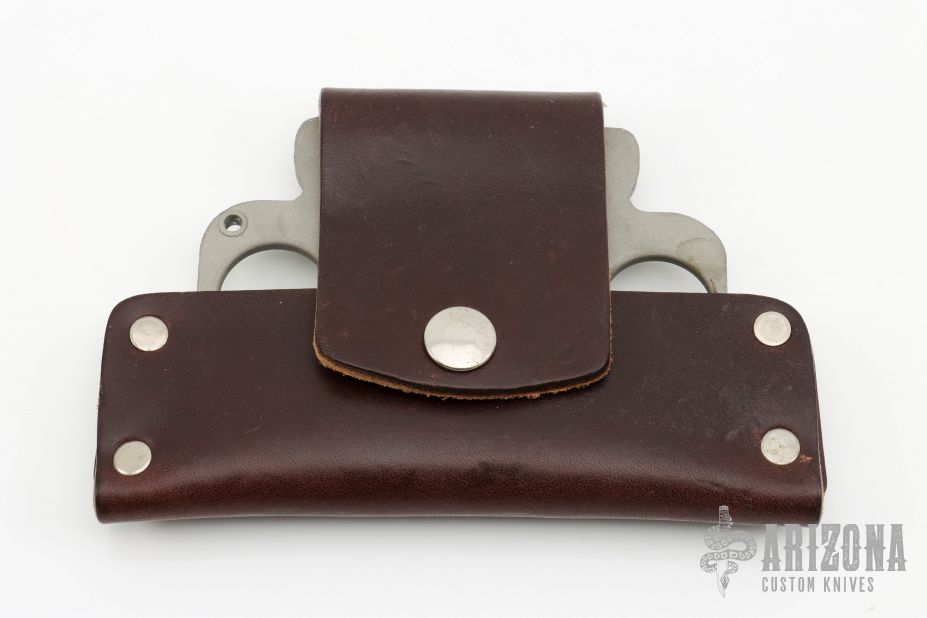 Get email notifications for Rogers, Dale R add to wishlist

I looked up the patent number, this is what it says.

3,780,393 12/1973 Gaetke 15/236 R X Primary ExaminerRichard J. Apley Attorney, Agent, or Firm-Mills and Coats 1 1 ABSTRACT The present invention relates to a survival hand weapon comprising an elongated blade having a cutting edge beveled on one edge thereof, a finger receiving portion including a plurality of finger openings extending from an edge of said cutting blade opposite the beveled cutting edge, and a palm rest extending from said finger receiving portion and engageable with the palm of the users hand whereby said palm rest tends to absorb the shock associated with a particular blow and to transfer the shock to the palm of the users hand.

1 Claim, 3 Drawing Figures SURVIVAL HAND WEAPON The present invention relates to weapons, and more particularly to hand weapons adapted to be carried and supported by the user's hand.

Hand weapons of various types have long been effectively used in certain combat, self-defensive and general survival situations. Such hand weapons lend themselves to close-in" fighting and are particularly effected in face-to-face confrontations where firearms are not available or cannot be safely used without subjecting bystanders or comrades to unreasonable risk.

Thus when used the .hand survival weapon of the present invention can be'used in conjunction with other types of hand weapons and can compliment other forms of combat or self-defensive such as karate.

It is, therefore, an object of the present invention to provide a hand weapon that can be carried and supported by the hand and which will be effective in combat, self-defense and other general survival situations.

A still further object of the present invention is to provide a sharp cutting hand weapon that is adapted to fit a users hand such that the fingers of the user's hand can be inserted through the plurality of finger openings and locked therearound to assure that the hand weapon will be naturally retained in the hand while being used in a combat or self-defense survival situation.

DESCRIPTION OF THE DRAWINGS FIG. I is a side elevational view of the survival hand weapon of the present invention;

FIG. 2 is a perspective view of the survival hand weapon as held in the hand of an individual;

FIG. 3 is a front elevational view of the survival hand weapon of the present invention illustrating the relationship of the weapon tothe portion of the hand shown.

Therefore, from the foregoing, it is apparent that the present invention presents a hand weapon that is effective in combat, self-defense and other survival situations. Moreover, the design of the hand weapon 10 is such that the gripping thereof inherently results in a grip that makes it quite difficult for the hand weapon to be separated from the user. Also, a further advantage of the hand weapon 10 of the present invention lies in the fact that in a combat or self-defense situation, the weapon is an integral part of the fist and follows the path thereof as the arms are swung or punched at an aggressor.

The terms upper," lower, forward," rearward, etc., have been used herein merely for the convenience of the foregoing specification and in the appended claims to describe the survival hand weapon and its parts as oriented in the drawings. It is to be understood, however, that these terms are in no way limiting to the invention since the survival hand weapon may obviously be disposed in many different positions when in actual use.

The present invention, of course, may be carried out in other specific ways than those herein set forth without departing from the spirit-and essential characteristics of the invention. The present embodiments are, therefore, to be considered in all respects as illustrative and not restrictive and all changes coming within the meaning and equivalency range are intended to be embraced herein.

What is claimed is: