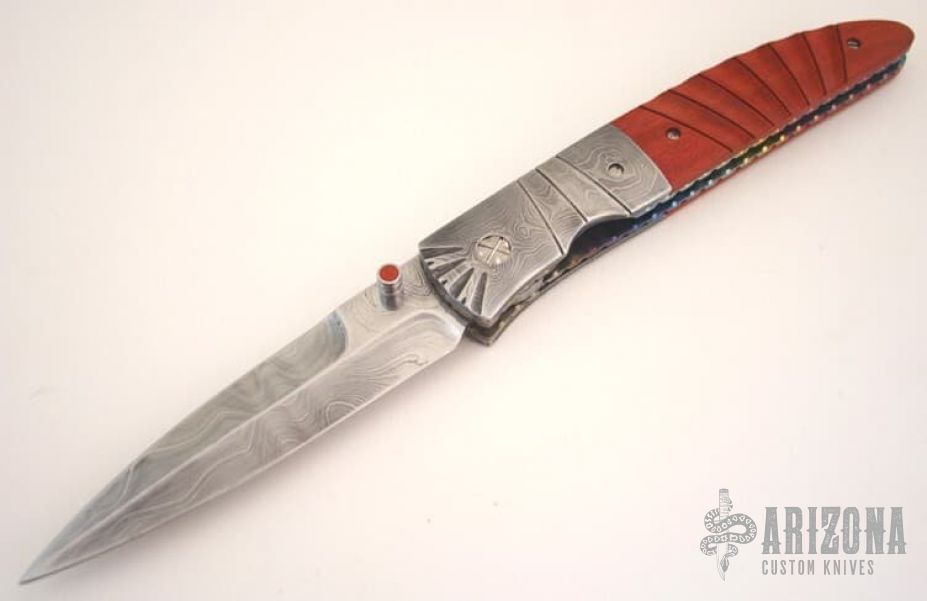 Get email notifications for Pardue, Mel add to wishlist

"I started making knives in 1957 and also worked with several engineering companies and continued making knives part time during this period. In 1974, I had the opportunity to join the Knifemakers guild and serve as an apprentice for two years. In the third year, I was voted in as a voting member of the Knifemakers guild, and after a few years I was elected as a director of the guild. After serving this position for several years, I was elected as the vice president of the Knifemakers guild, and served in these positions for a total of 35 years. I also have worked with Benchmade Knife Company for 24 years as a knife designer. Benchmade has manufactured many of my designs and currently continues to do so. Over the last 22 years, I have had the opportunity to teach knife making classes at the American Bladesmith School in Arkansas, and also at the Tannerhill symposium in Alabama. I have also taught many knifemakers in my shop. In 2019, I was inducted into the Knifemakers Hall of Fame at the blade show in Atlanta, Georgia." Mel Passed away in 2022.