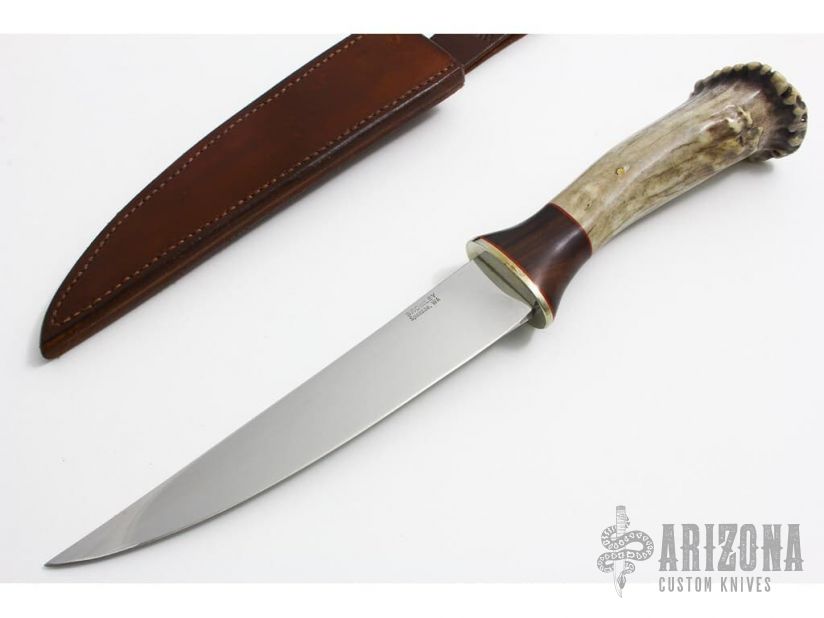 This Syrian has a high polish blade that is 1/4" thick and 1" deep. Handle is desert ironwood and stag crown with a nickel silver guard face. Comes with leather sheath. Very comfortable in the hand. New from maker. Blade Steel: 5160 Hi-Carbon Steel