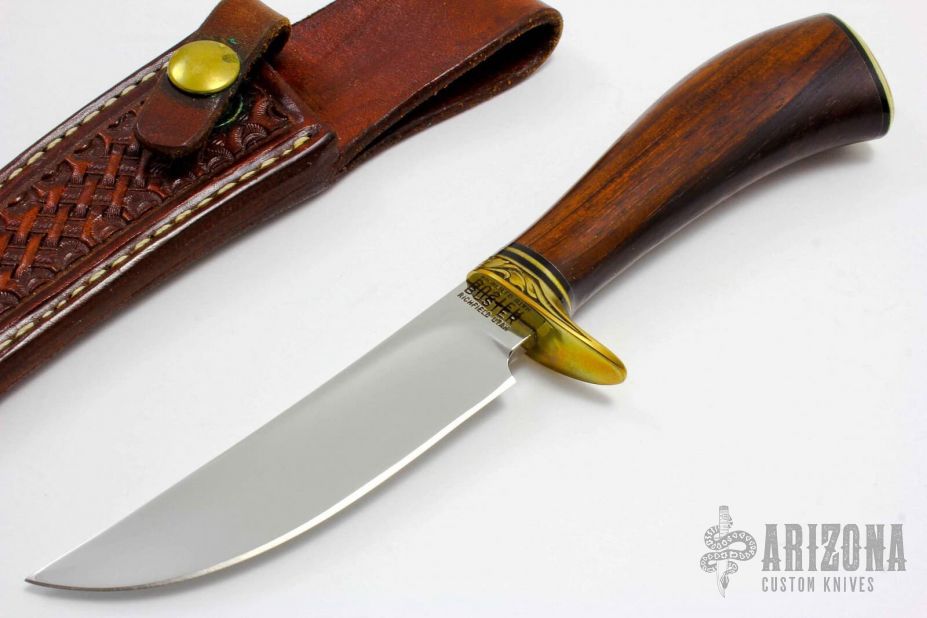 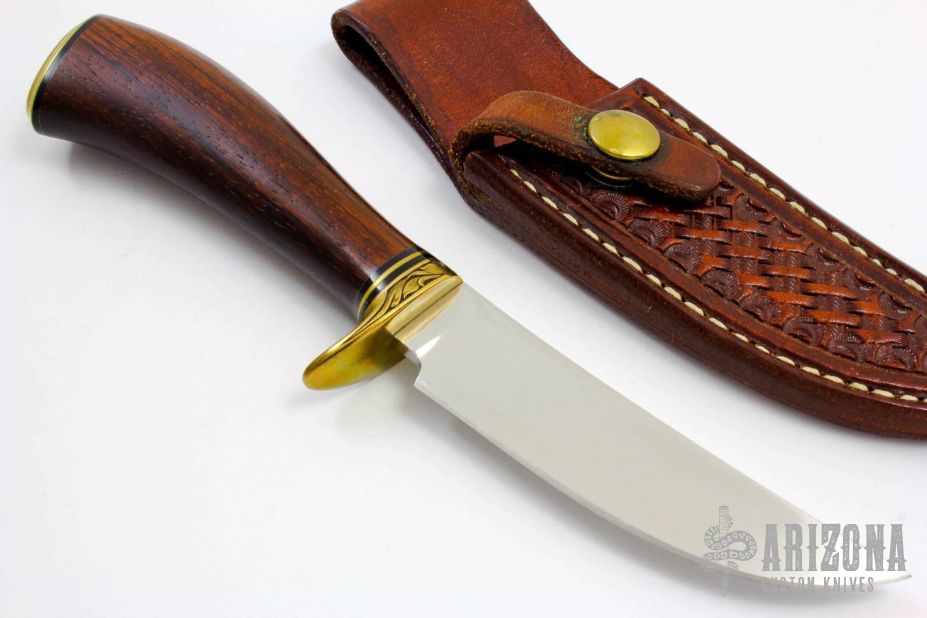 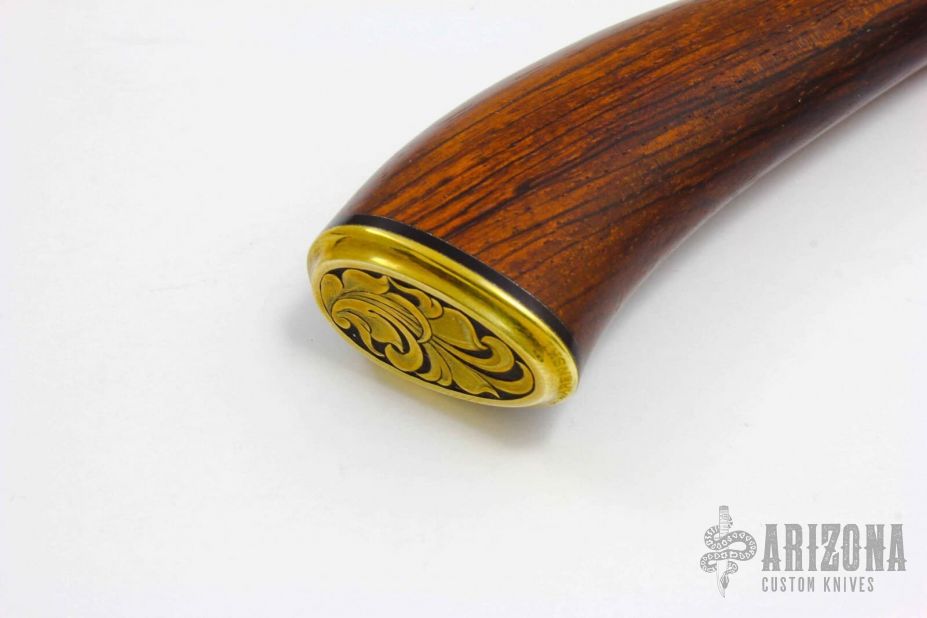 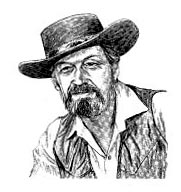 Buster Warenski began making knives as a hobby in 1966 after seeing a picture of a knife made by Gil Hibben. Warenski made his first knife from a file and took it to show Hibben; after seeing Hibben's finished knives, he toured Hibben's shop and learned some basic techniques from him. In June 1972 he was hired by Harvey Draper to grind blades and assist him at Draper Knives, but the operation went bankrupt by December of the same year. Warenski became a full-time knifemaker in 1975. He was a president of the Knifemakers' Guild for 2 terms and a inductee to the Blade Magazine Cutlery Hall of Fame in 1992. Warenski made knives of all types prior to 1975, specifically hunting knives and skinners, but became famous for his "Art Knives" which he made exclusively after 1975; particularly what became known as his "Legacy Knives". Warenski built a recreation of the gold dagger found in King Tut's tomb. Making the knife took five years and it contained 32 ounces of gold including a blade cast from gold and specially heat treated. This knife was a stand-alone project, but became the first of his "Legacy Knives". He followed this knife with a knife he called "The Gem of the Orient", which incorporated 153 emeralds totalling 10 karats and 9 diamonds with a total weight of 5 karats. These gems were set to accent the gold filigree which overlaid the jade handle. It took Warenski 10 years to make this knife and it was sold for $2.1 million (US). The third knife in this series was named "Fire and Ice"; this knife contained 28 ounces of 18K gold, 22 rubies totaling 4.25 karats and 75 diamonds totaling 7 karats. The handle for this knife was constructed of quartz, accented with red enamel. A fourth knife was planned, but not finished. With the exception of any damascus steel used in the knives, which Warenski ordered as a blank from an ABS Mastersmith and ground himself, all of his knives were sole-authorship, meaning he made and finished every part of the knife including making sheaths and engraving. After 1986, his wife, Julie Warenski, aided him with the engraving and gold embellishments. Warenski died in 2005.