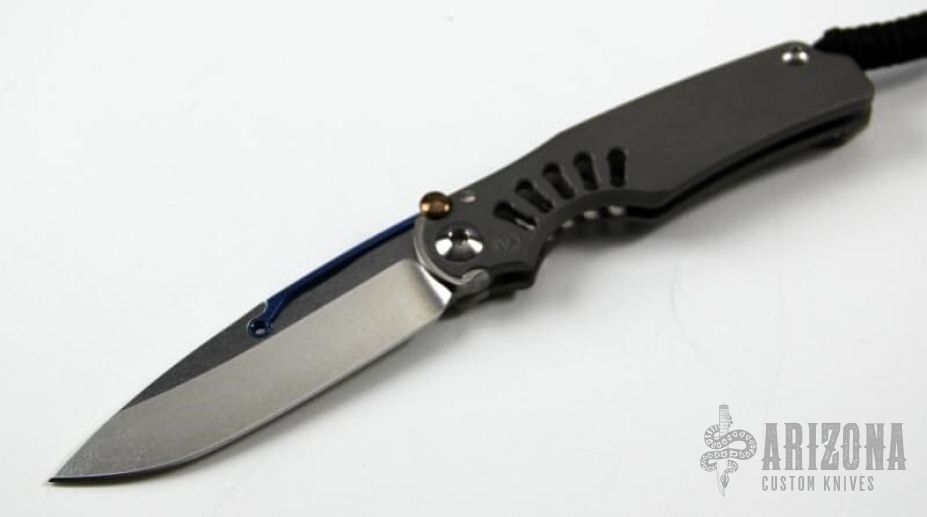 Get email notifications for Reeve, Chris add to wishlist

"In Chris?s opinion, Grant and Gavin Hawk are the most innovative design team in the industry. In early 2010, the Hawks showed Chris the concept of a new locking mechanism?one that Chris felt he could engineer and Chris Reeve Knives could manufacture. It has been a lack of capacity not a lack of desire that has precluded Chris Reeve Knives from producing Hawk Designs thus far. It is an honor to present the Ti-Lock. The Ti-Lock mechanism was originally conceived as a means to isolate the lock from the body of the knife, in order to allow more design freedom for handle and frame. Completely ambidextrious, the Ti-Lock allows equal left and right hand use. The Ti-Lock is not an exercise in ultimate lock strength; it is an exercise in mechanical innovation and an illustration of a passion shared by Grant, Gavin and Chris. This passion is also shared by many of our customers?those who buy our knives in appreciation of the design, quality and precision put into our product."