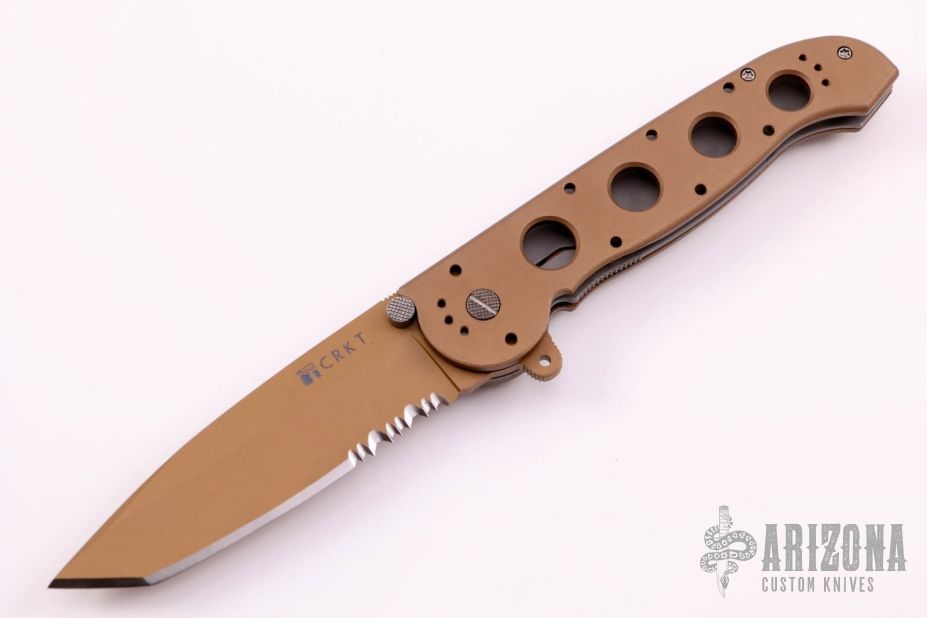 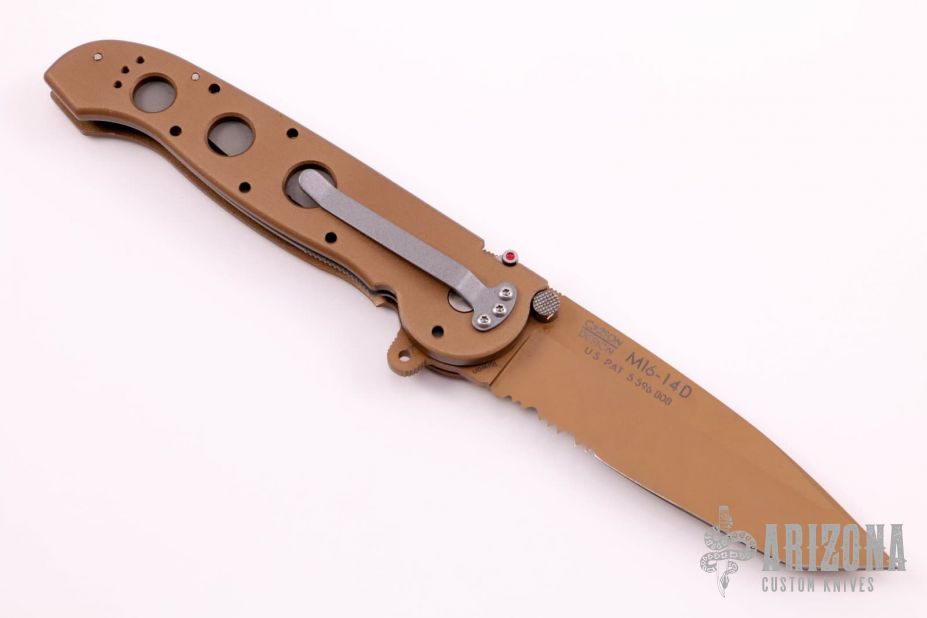 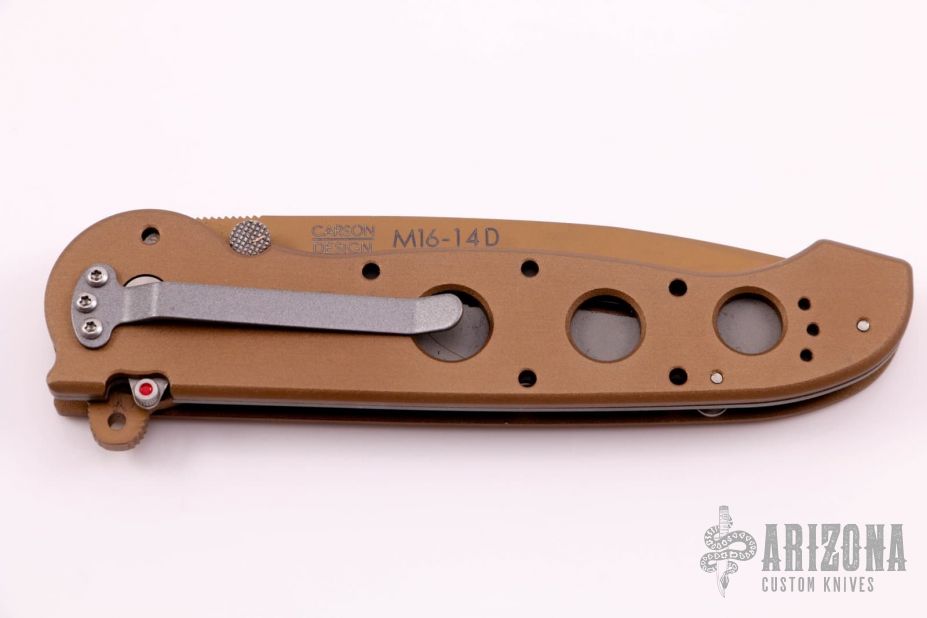 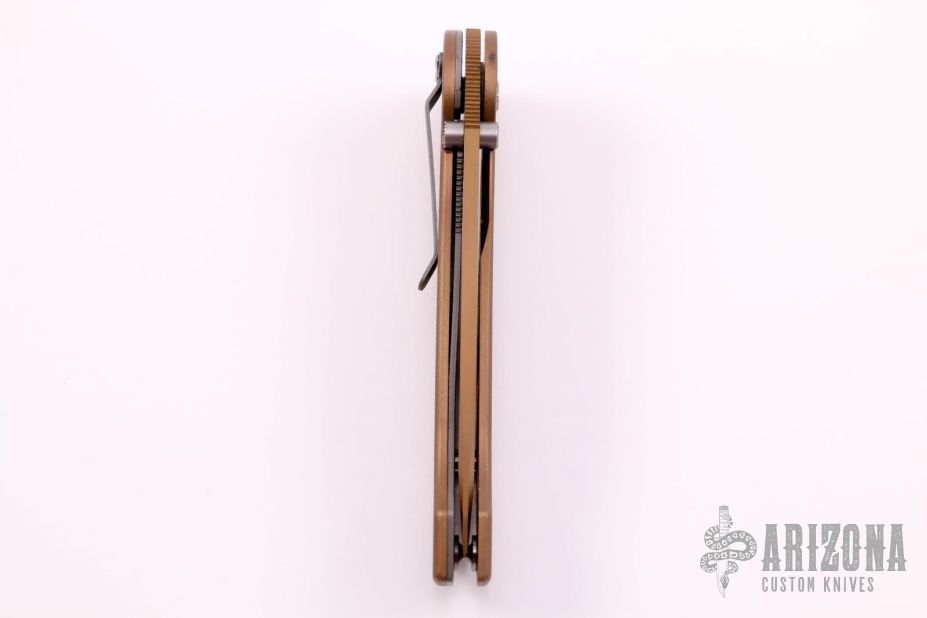 This Kit Carson designed M16 by CRKT features a bronzed tanto partially serrated blade with dual thumbstuds and flipper. The handle has a bronzed aluminum frame with a bead blasted stainless steel liner and 4-way reversible clip. Has a safety that has to be disengaged before closing. Excellent condition. 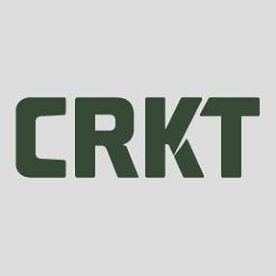 CRKT® (Columbia River Knife and Tool®) was founded in 1994. From day one, we put innovation and integrity first. We made a commitment to build knives and tools that would inspire and endure. We collaborate with the best designers in the world and operate on a simple principle: that the greatest thing we can give our customers is Confidence in Hand®.