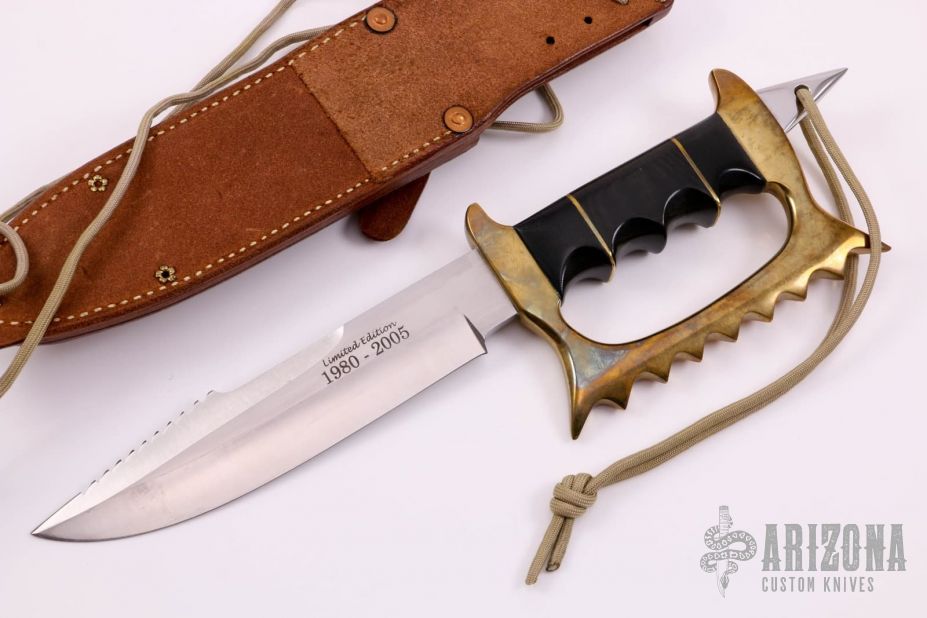 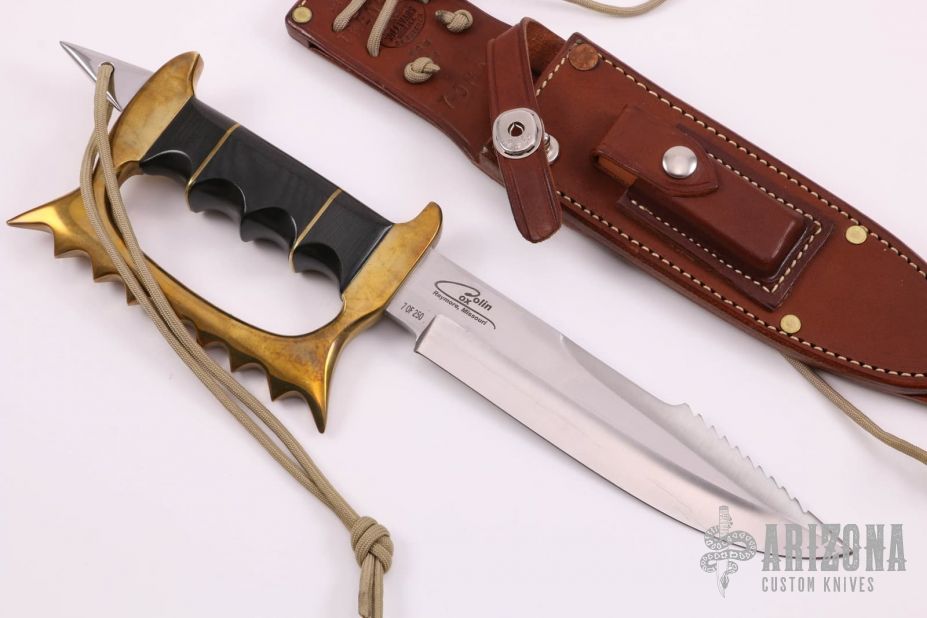 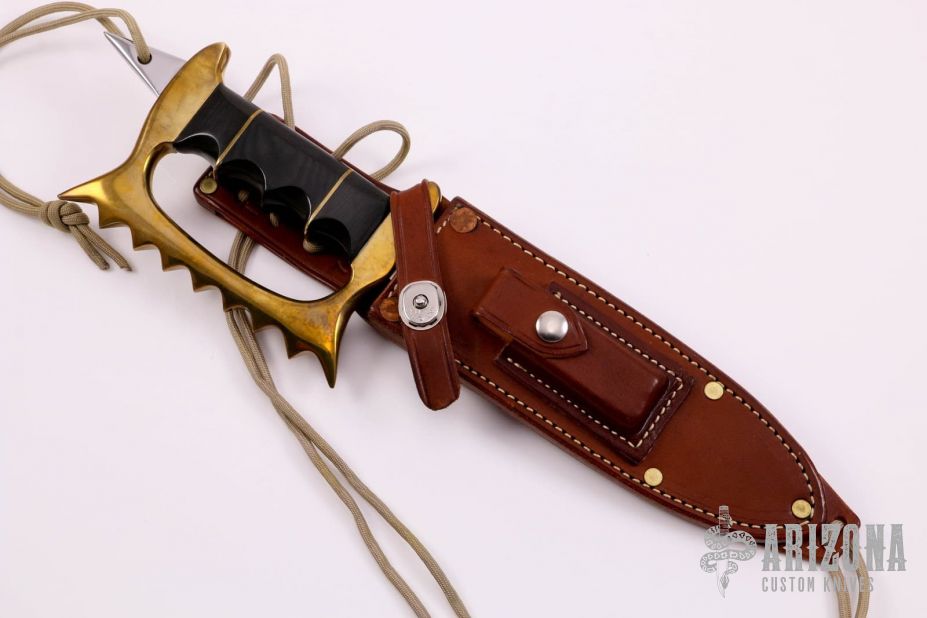 Get email notifications for Cox, Colin add to wishlist

This Limited Edition 25th Anniversary Trench Knife #7 of 250 by Colin Cox feature a clip point satin finished blade with serrations on top edge, .246" blade stock and 1.642" blade depth, full tang construction. The handle has a brass D-guard with 9 points, black linen micarta and brass spacer scales, extended tang with lanyard hole. Comes with a brown leather sheath made by Sullivans. Has some patina on the guard, otherwise excellent condition. #08

In my youth, I was very interested in art, in knives, and in working with my hands. I had no idea that I would one day combine these three interests into a profession. I had training in the U.S. Marine Corps between 1962-1970 in the function and use of weapons and gained much experience in steel work in a later profession. The events leading up to my knife making career all began in the late 1970s. A gentleman from the west coast of Florida called Cowboy got me interested in knife trading and in doing knife customizing. I began putting custom handles on knives and doing file work on the spine and blade of knives for friends along with knife repair work. I frequently visited the Randall Knife shop to obtain handle materials for some of my knives. One day when I was in the shop, Mr. Bo Randall approached me and asked if I would be interested in repairing some of the knives in their museum. I willingly accepted. I continued to do repair work for Bo Randall until his death in the late 1980s and am still referred by Gary Randall for any repair work that they do not do in their shop. I continued to do repair work and at the same time began reading every book I could find about making knives. I went to De Land, Florida, where a friend, Paul Sheffield, had a knife supply business. Paul ground a blade as I looked on. I then went home and began making my own knives. That was in 1981, and I have been grinding blades every since. In 1984 I left the elevator industry and became a full-time knife maker. I also became a member of the Knifemakers' Guild that year. In 1996 my family and I left Florida moving to the Midwest. I quickly set up my shop in Raymore, Missouri, a small town about 20 miles south of Kansas City where I reside today. I am the type of knife maker that does not like to limit myself to just a few designs because variety is what keeps knife making interesting and challenging. I specialize in making fighters, survivals, bowies, hunters, along with other functional knives.”