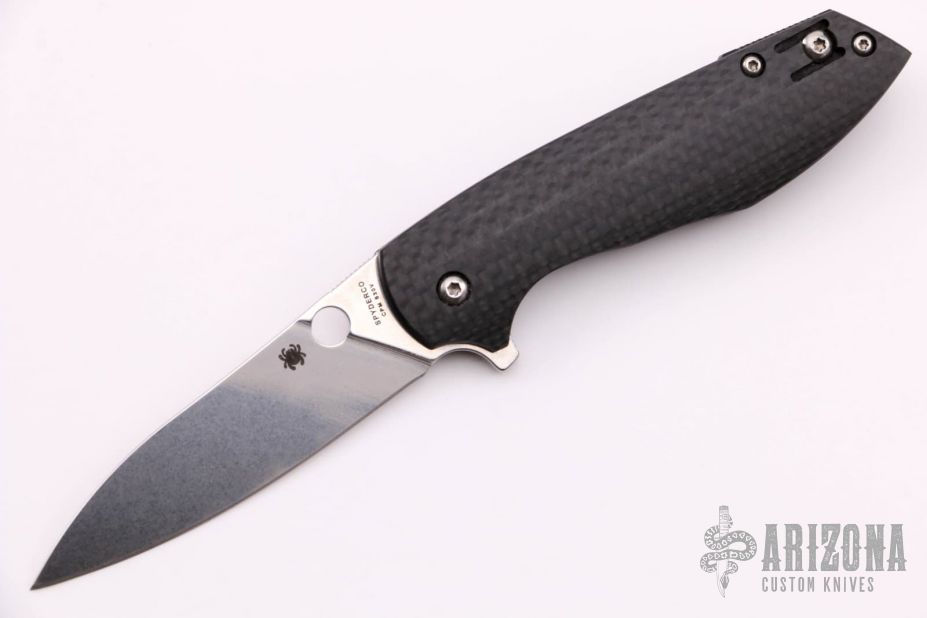 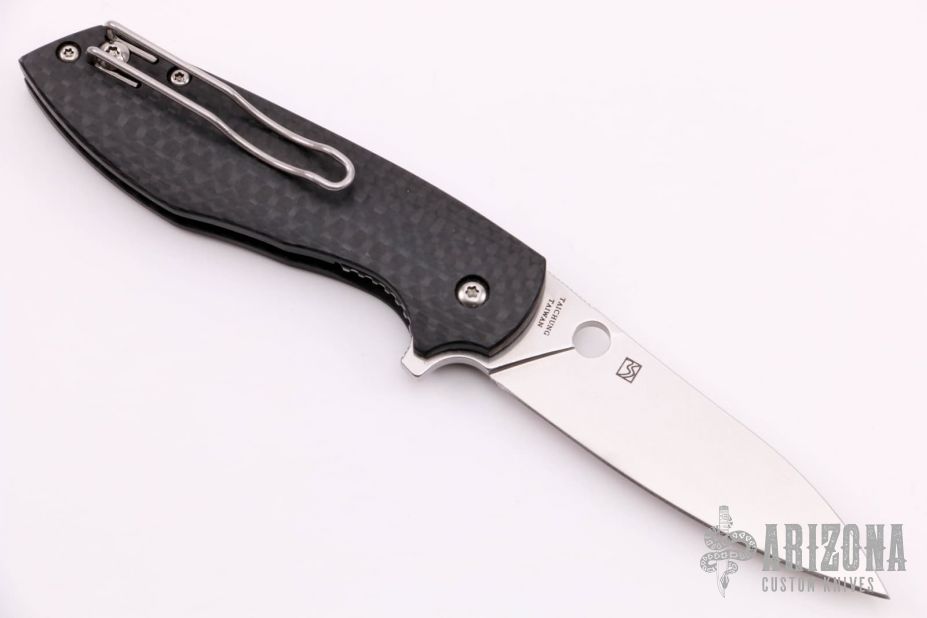 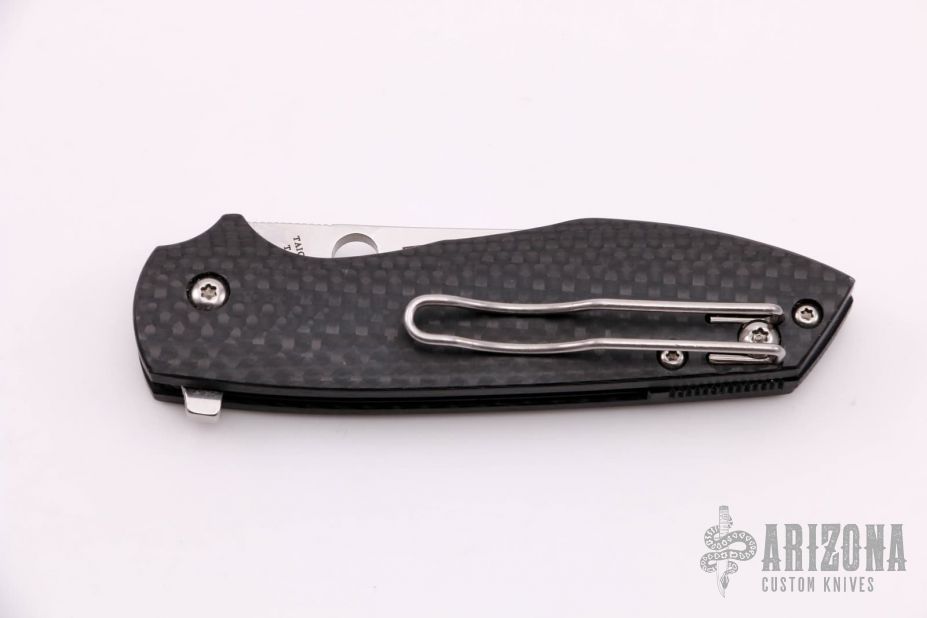 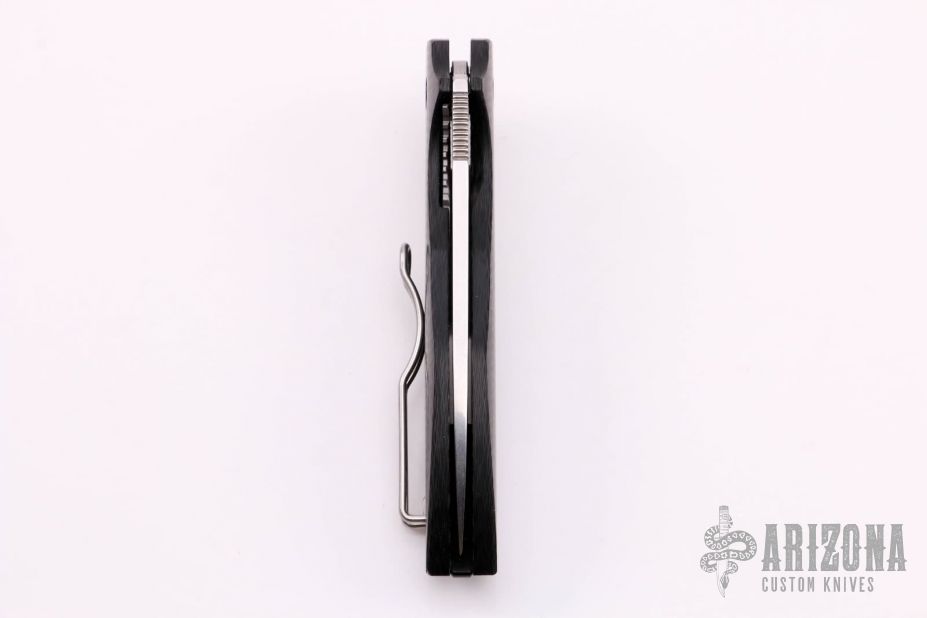 This Positron by Spyderco is a Brad Southard design, it features a tumble finished blade with notched thumbrest, thumbhole and flipper. The handle has a carbon fiber frame, black G-10 backspacer with stainless steel liner and a tip up paper clip style clip, left or right reversible. Excellent condition.

Spyderco was founded in 1976 by Sal and Gail Glesser. Initially, the company focused on selling our first product the Tri-Angle Sharpmaker™,primarily at fairs and trade shows around the country. In 1981, the Glessers put down roots in Golden, Colorado and introduced the first Spyderco folding knife. That knife pioneered the concept of a round hole in the blade for one-handed opening, a clip on the handle for carry at the top of the pocket, and the option of a serrated edge for aggressive cutting performance. Those features revolutionized the knife industry and literally defined the form of the modern folding knife.Since then, Spyderco has steadily grown to become one of the leaders in the cutlery industry. In addition to a worldwide distribution network and manufacturing resources in the U.S., Japan, Taiwan, Italy, and China, our innovation has also earned us an impressive portfolio of patents, trademarks, and industry awards. More importantly, it has allowed us to earn the trust and loyalty of countless thousands of dedicated knife users around the world—an audience to whom we are extremely grateful.