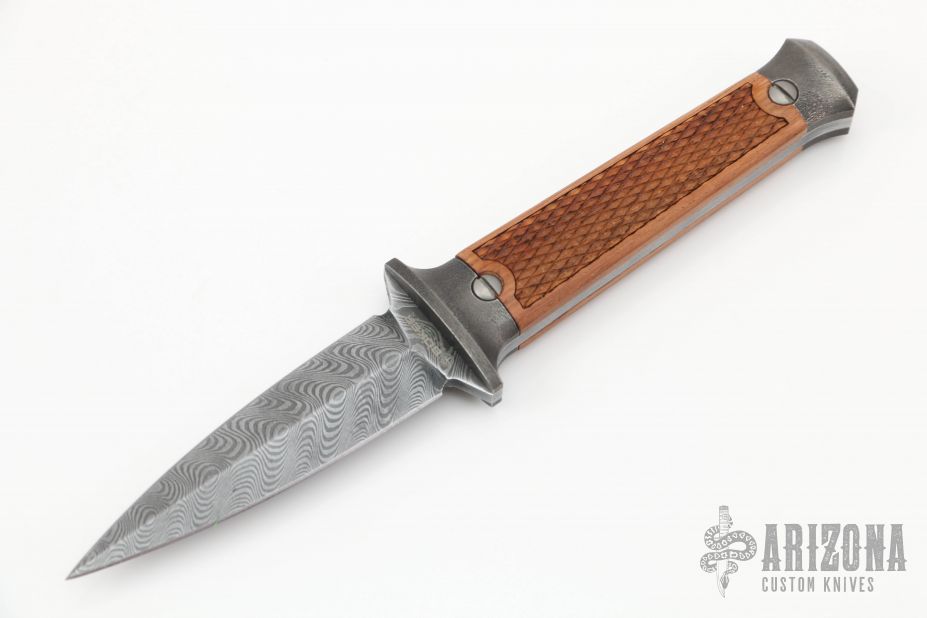 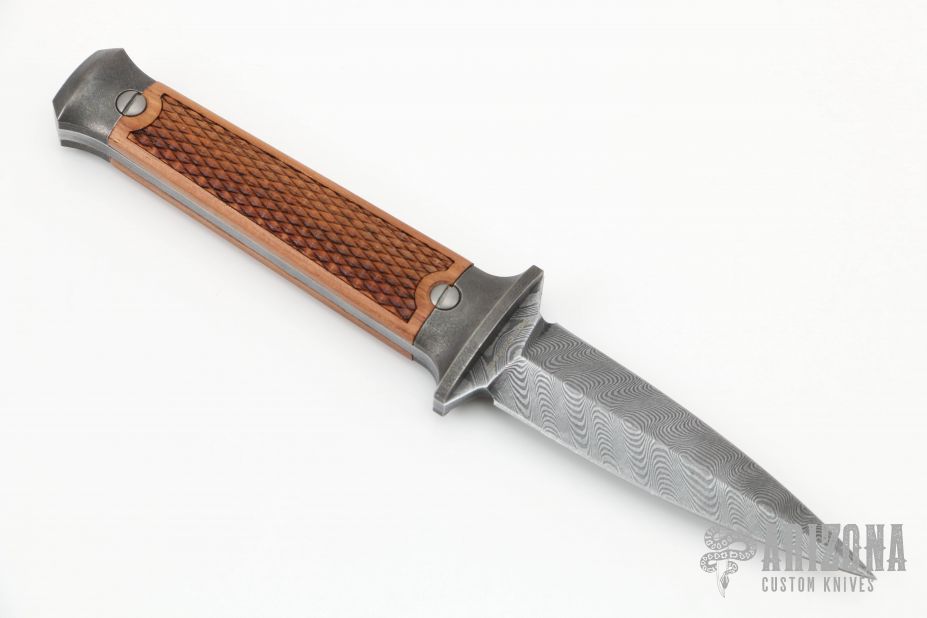 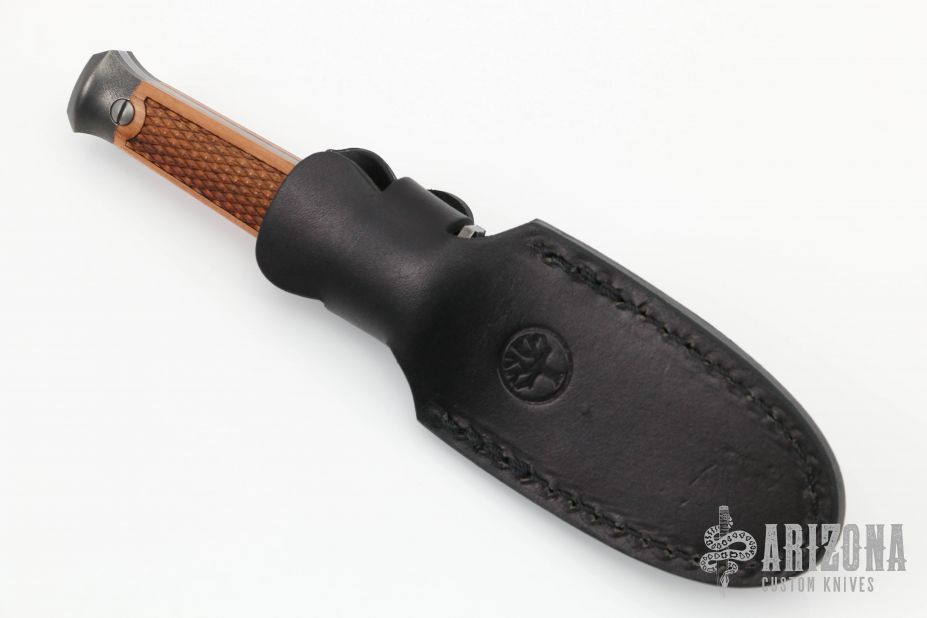 The unique Boker P08-Damascus boot dagger connects the world of knives with historical military history in an inimitable way. The P08, also known as Parabellum Pistol or simply Luger, is still considered legendary today and convinces with the highest precision and reliability. The knee-joint lock with a short barrel return, developed by Georg Luger, made the pistol 08 incredibly compact and solid. Added to this was the caliber 9 mm Luger (9x19 NATO), also developed by Luger for the new pistol, which was one of the most powerful short firearm calibers at the time and is still the most widely used official caliber in the world today.

It was used as a standard pistol by the German armies in both world wars, but also gained world fame beyond the country's borders in a very short time. As early as 1914, the weapon was used in the armies of Bulgaria, the Netherlands, Portugal, and Turkey and was considered a much sought-after prey weapon until the end of the Second World War. The production of the compact pistol required 14 kilograms of steel and its design required such a high degree of precision that completely new demands were made on the production technology. It's unmistakable, almost iconic appearance secured it a firm place in popular culture like no other pistol.

The Boker P08-Damascus not only incorporates various design elements of the unusually aesthetic official weapon, but is also equipped with a unique Damascus blade made of the barrel steel of the precise pistol. The remarkable Damascus is forged for us by Chad Nichols by hand in the Boomerang pattern. The handle scales of the likewise compactly built boot dagger are made of certified imported rosewood and feature the classic, simple fish-scale cut of the characteristic pistol grip. The same construction of the retaining screws is used to mount these handle scales as on the P08. And the cone of the exposed barrel is also found in the angle of the handle sides.

The bolsters and end knob are made of steel and are finished with a dark stonewash finish. Supplied with a high-quality black leather sheath with a sewn-in Ulticlip and can be easily attached thanks to the locking spring clip. Thus the Boker P08-Damascus boot dagger can be pulled effortlessly while the sheath is reliably held in place by the Ulticlip. This knife is handmade in the Boker Knife Manufactory in Solingen. With a noble floating display, certificate of authenticity, and individual serial number. 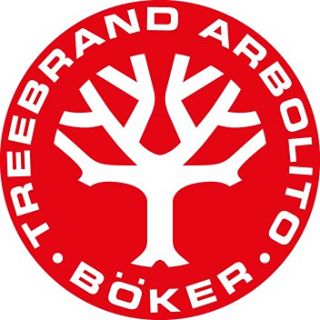