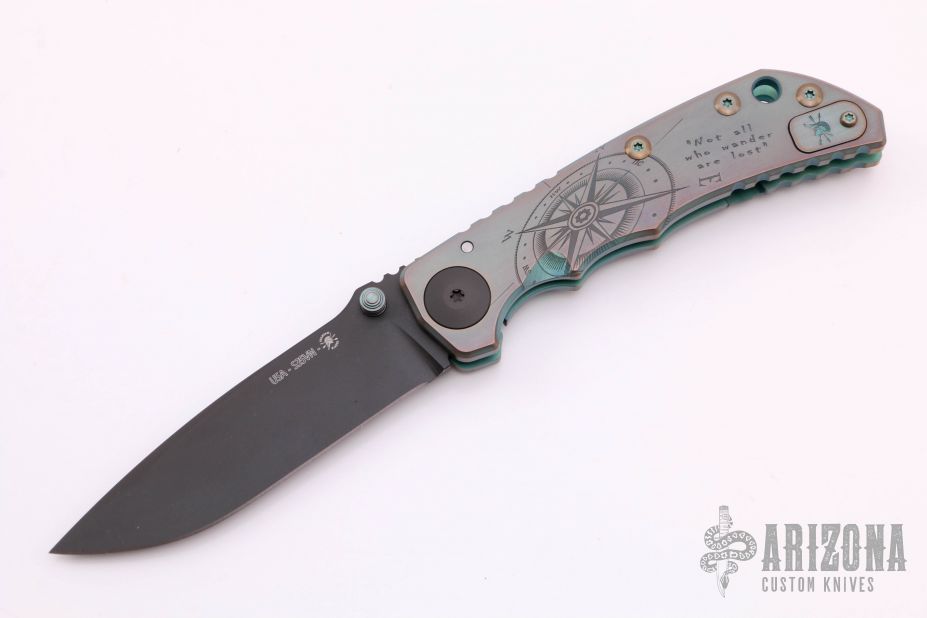 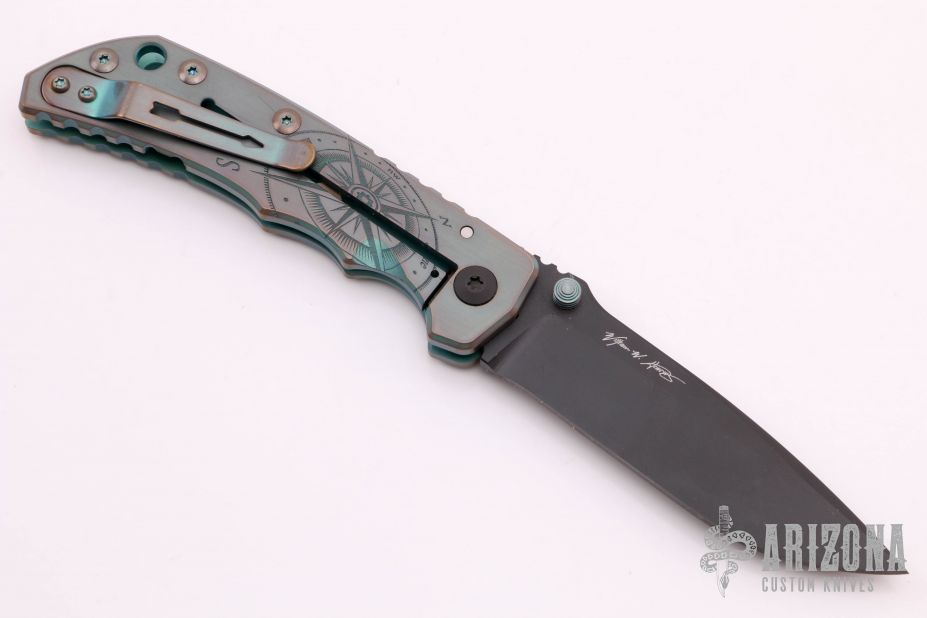 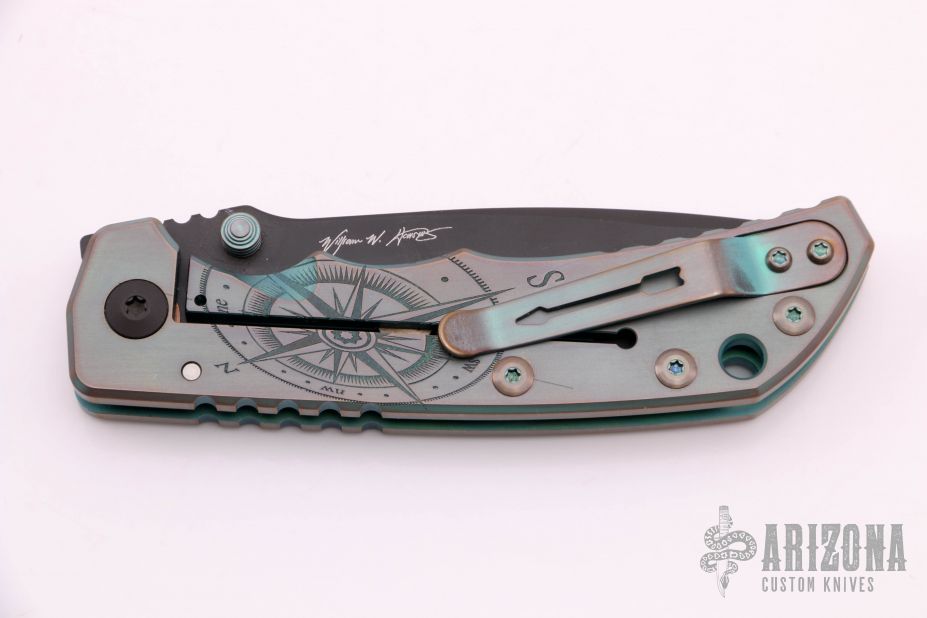 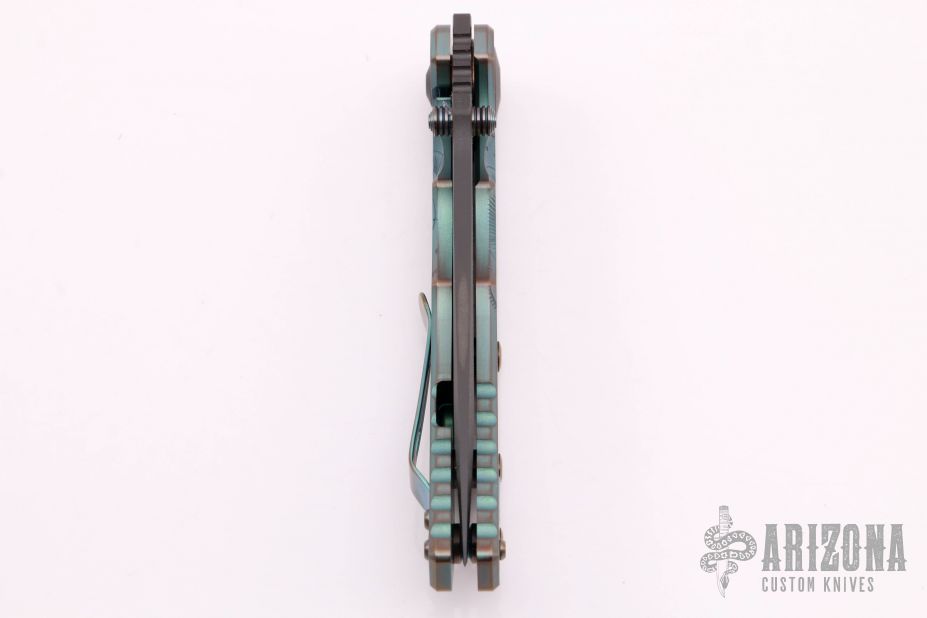 This Harsey framelock folder by Spartan Blades features a black drop point blade with dual thumbstuds and a notched thumbrest. The handle has an anodized titanium frame with a laser engraving a tip up titanium clip and filler tab. Has nice detent, lockup, and blade seating. Comes with original box. Excellent condition.

Bill Harsey is a custom knife maker, designing and crafting one-of-a-kind folding and fixed blade knives, often to order. He is best known for his collaboration projects, in which he serves as knife designer for various knife companies. One of Harsey's most significant designs was that of the Yarborough Knife, which is named after Lt. Gen. William P. Yarborough, known as the "father of modern Special Forces." The Yarborough Knife is presented to each graduate of the United States Army Special Forces Qualification Course, with each of these knives possessing its own serial number, and logged in an official record book maintained by the United States Army Special Operations Command.

As an outdoor cutlery brand, Spartan Blades aims to reinvigorate the sense of patriotism and national pride that comes from owning and carrying a well-designed, finely crafted knife that is made in the United States of America. We hope to inspire unity and self-reliance among our fellow American patriots and like minded people around the world with our brand. We create “Knives with Intent”; purposely designed for the task and environment. We strive to make all of our knives the trustworthy partner you deserve to boldly face life’s adventures. You and your Spartan Blade will face life head-on and win! Our knives are crafted to last; to be an heirloom to hand down along with your story to the next generation. In the last ten years of business, Spartan Blades has been blessed by sustained growth and numerous awards for our designs and knives. Although we came from a humble beginning, we continue to make finely crafted knives in a small shop (Our current shop is much bigger than the original "mule barn" location). We continue to make all of our knives here in the 'Sandhills' of North Carolina, just outside of Fort Bragg, NC (Home of the Airborne and Special Forces). We continually strive to hone our skills to meet our customers expectations and desires to own a finely crafted knife.